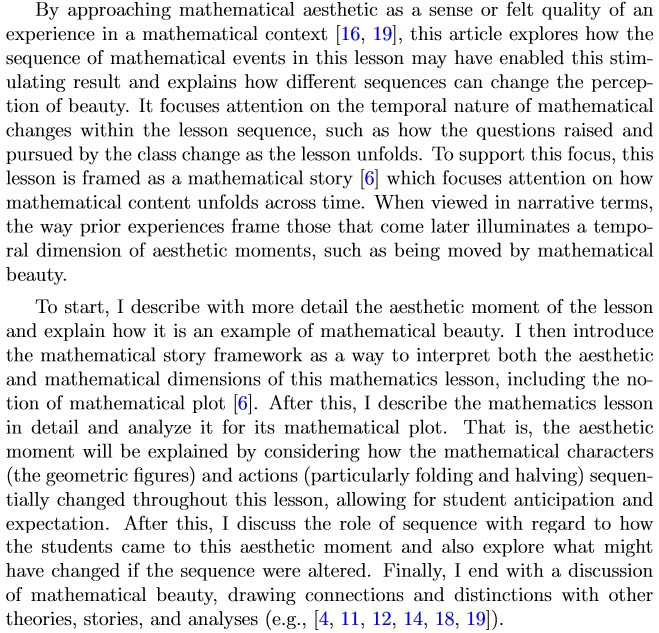 51
How can we help students learn how to read their textbook?

7
Can music improve math abilities?
14
When should I say "nothing is as it seems"?
8
Answering the Diversity Question for Mathematics Instructor Applications
15
Calculation versus writing in mathematics
34
Justifications for: Why learn mathematics?
12
request for evidence about class perspectives in math word problems
7
Native language, writing, and mathematical problem solving
6
Easy and good book on combinatorial problems