I'm looking to find more examples of books which bridge the gap between "story" and "mathematics" using narrative and all those other wonderful features we might find in Harry Potter or some other well known children's book.

So far, Knuth's Surreal Numbers is one of the few attempts I've seen from a professional mathematician to produce a work of fiction which is also a work of serious mathematics: http://www-cs-faculty.stanford.edu/~uno/sn.html

Any other similar books would be a good place to look when thinking about "how do I sell this mathematical idea to kids"?

In my opinion the most valuable parts of the book are:

Others will undoubtedly find other things to like about it.

Math Girls! It gave me a small taste of generating functions, and I want more! Very challenging math.

Surreal Numbers might be the best way to learn about Conway's system. Math Girls does not have math that is as original. But it is high-level math, and it's fun. (The storyline is more engaging than that of Surreal Numbers. I love both books, in different ways. The Number Devil is great for inspiring younger students with the beauty of math, but the math is not as high level. Flatland never moved me, personally.)

The Diamond Age, a science fiction novel by Neal Stephenson, includes a subplot that involves mechanical Turing machines that are described in great detail and that are used in solving key puzzles that move the subplot along. The subplot involving Turing machines is only one part of a complex and multilayered story, but I thought I'd bring it up in case you might find it useful.

Another Stephenson novel, Anathem includes a great deal of philosophical discussions about mathematics, as well as discussing directed acyclic graphs, configuration space, and other mathematical topics. It is a long and complex novel, but unusually detailed (even for a sci fi novel) discussions of mathematical topics play a significant role.

I haven't read Cryptonomicon (also by Stephenson), but this review in Notices of the AMS notes that it includes quite a bit of mathematics, particularly cryptography.

"The Number Devil" by Hans Magnus Enzensberger is right up your alley. It is written for and is 100% accessible for children and introduces many math concepts such as recursion, infinity, and symmetry.

To follow up on David's recommendation of Flatland, how about Ian Stewart's Flatterland. 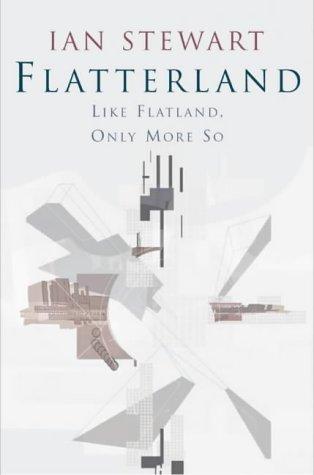 Along his fictional path, Stewart touches on Feynman diagrams, superstring theory, time travel, quantum mechanics, and black holes, among many other topics. 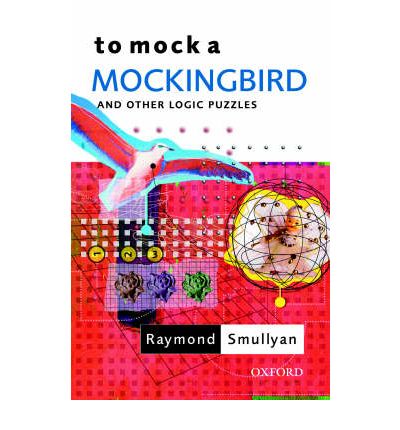 You might want to consider the books of Raymond Smullyan. They often take the form of a sequence of puzzles tied together loosely by a narrative. The puzzles are typically intended to work towards deeply understanding some topic. For example, To Mock A Mockingbird disguises a course on Combinatory Logic (closely related to lambda calculus) as a tale about birds and their calls.

The Mathematical Fiction web site, maintained by Alex Kasman of the College of Charleston, has summaries of hundreds of stories and movies that in some way include or discuss mathematics. It is searchable by keyword and indexed by mathematical topic(s) discussed.

The Phantom Tollbooth (1961) by Norton Juster is a children's fantasy story that mixes wordplay and mathplay somewhat in the style of Lewis Carroll. It's suitable for anyone, but resonates well with the 8-12 age group, according to the GoodReads reviews by children.

Milo travels to the fantastic land called Kingdom of Wisdom, where he is joined by the "watch dog" Tock, who has a giant alarm clock on his side. They meet the feuding wizard brothers Azaz, the letters wizard who is King of Dictionopolis, and the Mathemagician, the numbers wizard who rules Digitopolis. Milo solves math riddles, eats Subtraction Stew, and has other adventures in his quest to settle the brothers' feud.

There's not a particular math concept that is illustrated, but if you want to get the 8-12 age group interested in learning more about math (and words), this might be a good place.

Uncle Petros and Goldbach's Conjecture is a (very) light introduction to Number theory.

Incandescence by Greg Egan describes how a technologically unsophisticated alien civilisation, under the right circumstances (in this case, closely orbiting a neutron star) might discover general relativity based on simple observations and experiments.

On Earth, where relativistic effects are too small to easily observe, an analogy might be drawn with Newton's discoveries (where the effects were "easily" observable to a civilisation that lacked advanced technology).

It has mixed reviews and is one of Egan's least popular books, but I think most of the negativity comes from people who wanted more of a work of fiction, and less hard science. Egan is known for his hard science, and this book is heavier on it than most of his. I greatly enjoyed reading it.

The ultimate for this, which is an entire curriculum, is "The Life of Fred" book series. It is fantastic, and you can get an entire math education, elementary to undergrad, just through Fred books.

Some scholars think that Alice in Wonderland is entirely an allegory on mathematical topics by the Oxford logician and mathematician Charles Lutwidge Dodgson (Lewis Carroll).

Not the answer you're looking for? Browse other questions tagged mathematical-pedagogy student-motivation reference-books or ask your own question.

2
How to encourage grade 5 kid very interested in mathematics?

14
What are some great books for inspiring children to explore mathematics?
36
What are some great books for exploring mathematics? (not kids' books and not textbooks)
6
How to teach addition, subtraction, multiplication and division of binary numbers? Are there any activities that can be recommended?
15
What are some recent, interesting, accessible pieces of mathematics
9
What are the reasons for “math fear”?
4
What books are good for drawing an intersecting plane?
3
How actually are prime numbers taught in elementary school in United States and how easily do students learn what they're being taught about them?
6
Complex analysis books/resources where solutions are difficult to find