Why do we do numerical modeling in science? (for 7-16 year old)

I have little experience in teaching young kids. Soon, I will present my research to a class of 7 to 16 year old kids. I do some analytical modelling but I mainly do individual-based simulations in population genetics to investigate various evolutionary processes. I also do Approximate Bayesian Computation. At the start I would like to give a good introduction for the interest of numerical simulations generally speaking and why we do numerical modeling in science.

How should I go about explaining the general reason why we do numerical modeling in science?

I was thinking about starting with the concept of thought experiment and how we can, in our head simulate something without actually performing the action in the real world. Then, I would go toward more complicated thought experiment explaining that there is a point where our mind and intuition aren't powerful enough and we must let a computer do the thought experiment for us. I would say something like "I imagine a world that is a simplification of the reality, chose a set of rules that dictate this world, chose an initial state/action and let the computer make the thought experiment in this simplified world. Assuming our world was close enough to reality, we can make predictions about what would happen in reality".

Can you give me some advice or even a guideline for the narrative?

A couple of the reasons we solve problems numerically (or approximately) is that they are:

1) 'Too hard' -- even with Maple, Mathematica, or another computer algebra system, sometimes you will have equations that aren't easily solved (or don't have a single solution)

2) 'Too expensive' -- even if a solution exists, it may take too long to get an exact answer out, so we take an approximate solution instead

SIAM Video: What is Mathematical Modeling? Part I

There are seven parts; I linked just to Part I. Aimed at college students, but certainly comprehensible to high-school students. 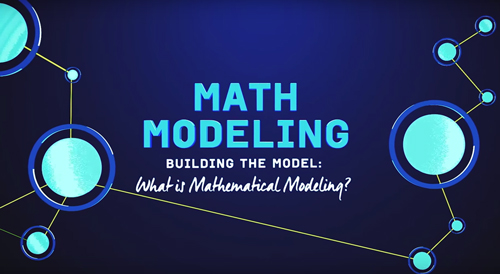 Not the answer you're looking for? Browse other questions tagged secondary-education computer-science or ask your own question.

21
Is $e^{i\pi}+1=0$ a good motivation for introducing $e$ or $i$? Why (not)?
7
Numerical / Computational problems suitable for grade 9-12 audience
20
Introduction to Topology for 11 year olds
4
Determinant applications for 16 year olds
11
How to deal with a talented 11-year-old pupil?
3
Entry Test for Statistical/Data Science class
3
How to explain the LCM algorithm to an 11 year old?