Does the "how old is the shepherd" phenomenon occur for more relatable word problems? 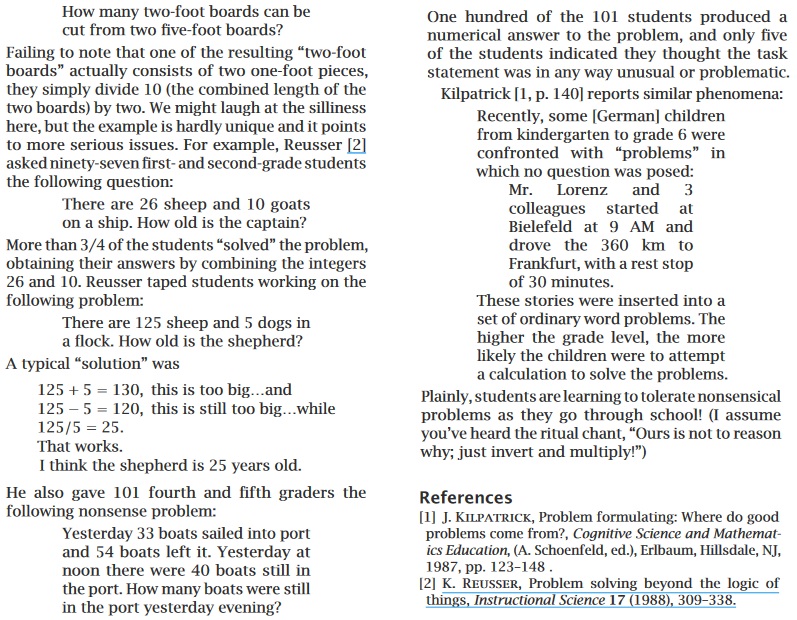 12
How important is the act of writing his own script for the learning outcome?
12
request for evidence about class perspectives in math word problems
4
What's the word for addition and subtraction without borrowing or carrying over?
0
How to present the order of factors and summands for the usual multiplication procedure
4
How many hours / school years does it take for the average child to memorize the $10\times 10$ addition and multiplication tables?
5
Are there any more mathematical journals or websites with the "problems and solutions"?
16
How many of "The Seven Laws of Teaching" are still relevant for teaching maths today?