I am teaching those topics (arithmetic/geometric series) just now, and want some not so standard (fun) examples, which can be used essentially at high school/beginning calculus level. I'm considering some, and will post them as answers, but first I'll wait to see what others can come up with.

With standard examples of geometric series, for instance, I think about applications to interest/loan/annuity calculations, and so on.

The classic examples of the first $n$ natural numbers, first $n$ even numbers, and first $n$ odd numbers are all nice introductions. Here are some pictures I created to help explain them using blocks: 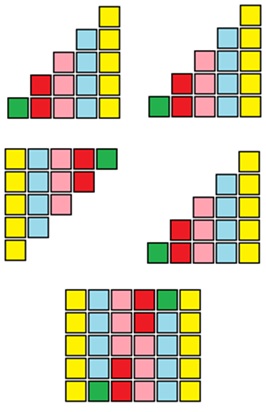 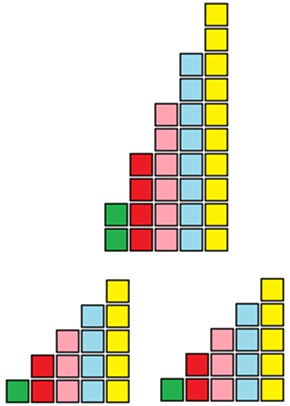 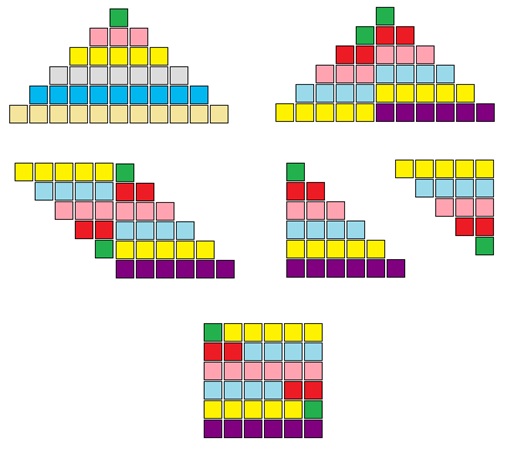 Similar to the binary example given earlier, here is one using ternary (base 3):

Though the question concerns the beginning Calculus level, those later in their mathematical learning may note that the line above indicates $1/4$ is in the Cantor set.

Since you asked for nonstandard: Rarely have I seen these problems asked in reverse. For example, Given a natural number $k$, what's an algorithm that could be used to determine if there is some $n$ such that the sum of $1, 2, \ldots, n$ gives $k$?

A nice follow-up problem is to prove that there cannot be a real-valued polynomial producing primes when evaluated at every natural number. 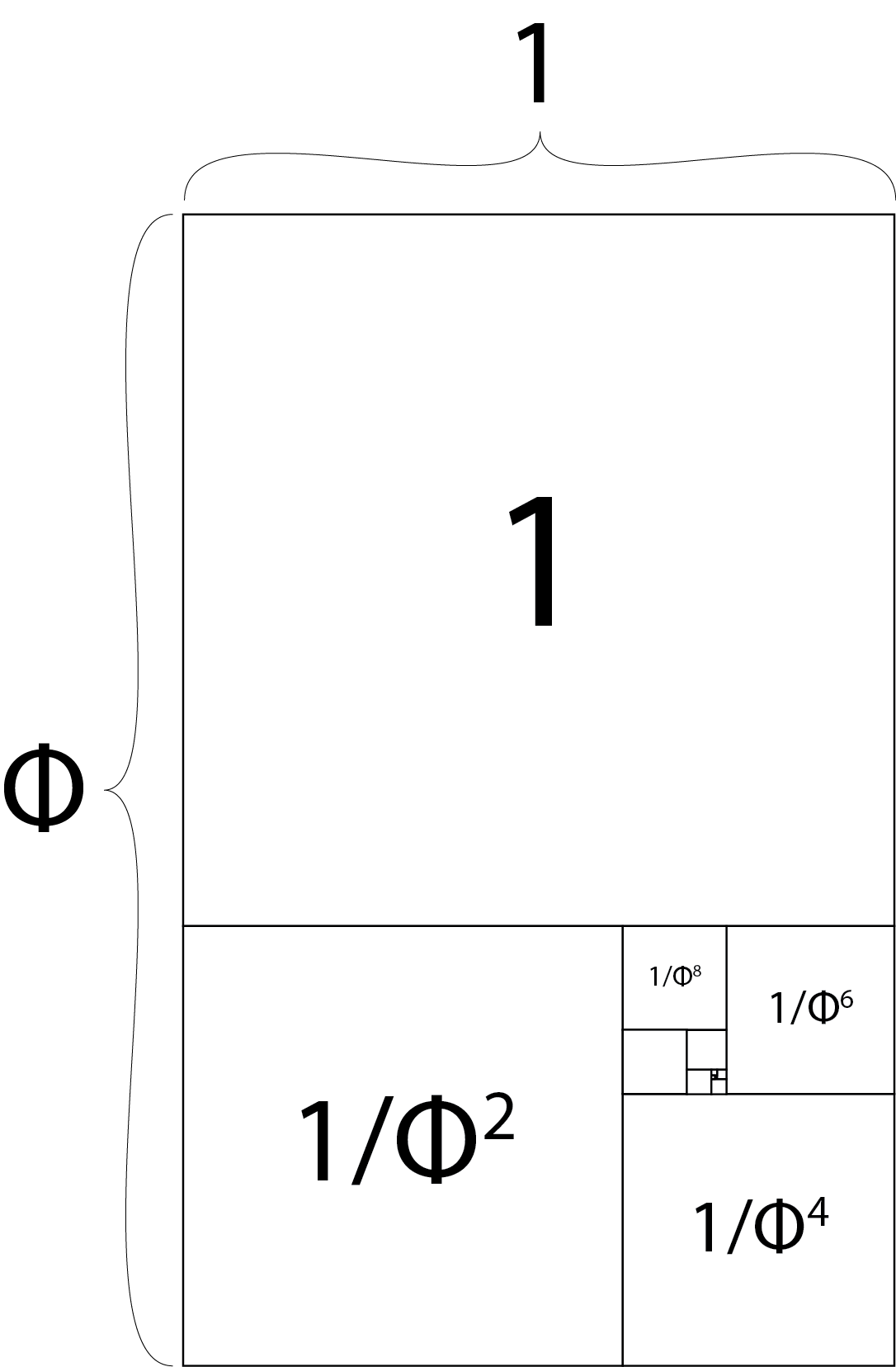 As an engineering student, I dealt with binary all the time. A good calculator would convert from decimal to binary, hex, octal. When converting 1/3 to binary, I noted that it's .01010101... Which if you are used to reading binary past the decimal point is simply 1/4+1/16+1/64.... This seemed interesting to me.

Attached is a pic of this sequence of primes: 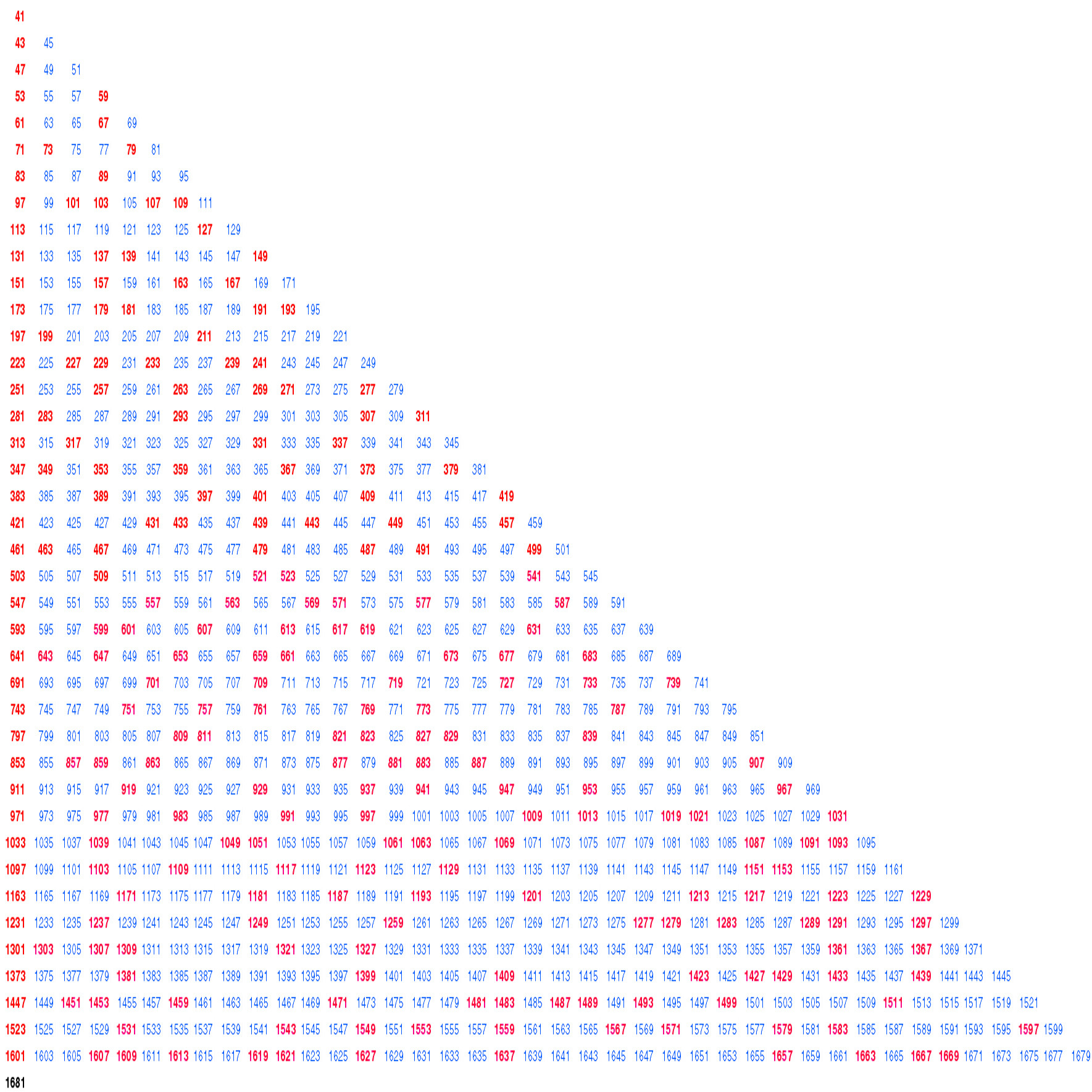 Good answers!! What I had in mind was this:

Fractals, as the Koch snowflake: https://en.wikipedia.org/wiki/Koch_snowflake

This might be a bit ambitious but you could describe how the geometric series enters the Euler Product Formula for the Euler-Riemann zeta function (you could just introduce this as a real-variable function and handle the products formally).

If you're looking for examples you can show to students without any background in computer science, consider the following:

Not the answer you're looking for? Browse other questions tagged reference-request examples series or ask your own question.

6
Examples of Applications of Basic Mathematics to Computing
10
What are some good or neat examples of computing a function's Taylor series?
11
Reference requests: Is there a text that is even more advanced than books on "advanced engineering mathematics"
7
Examples of arithmetic and geometric sequences and series in daily life
13
Examples (for beginners) of real functions which are not given by elementary formulae
7
"Indicated Arithmetic" or "Delayed Evaluation"
8
Examples of application problems of coordinate geometry in the complex plane?
5
Tips and References for a 15 days Course on Math
4
Showing applications of calculus to intro students
7
Motivating example for sequences, sums and limits in high school