In a few weeks i'll be interviewing at a community college in California for a tenured Mathematics position. They've asked me to present the following in only 12 minutes. I'd appreciate any constructive feedback or advice for the plan of action that I have:

Teaching Demonstration: You will be asked to give a twelve-minute teaching demonstration, during which the interview panel will play the role of your Statistics class.

Please motivate/introduce type I and/or type II errors. This is an algebra-based introductory level statistics course, and you may assume you have already presented the basics of hypothesis testing, so you are showcasing a twelve-minute sample from your typical class session.

The room in which you will give this teaching demonstration is equipped with an LCD projector, with both VGA and HDMI connections, and there is also a document camera and a desktop computer running Windows 7 and Office 2016 attached to this projector.

Type I: When we reject a valid claim

Type 2: When we support an invalid claim** 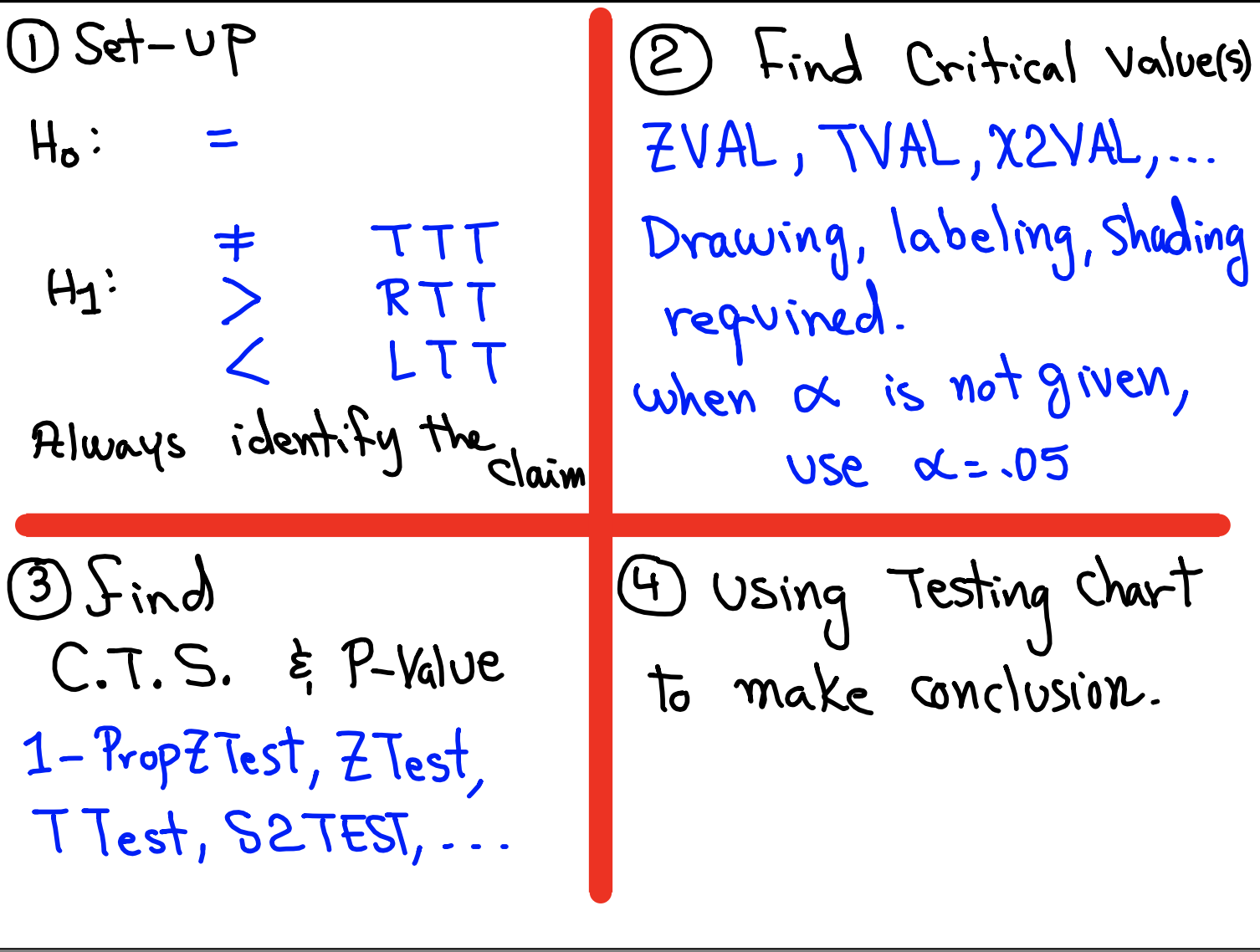 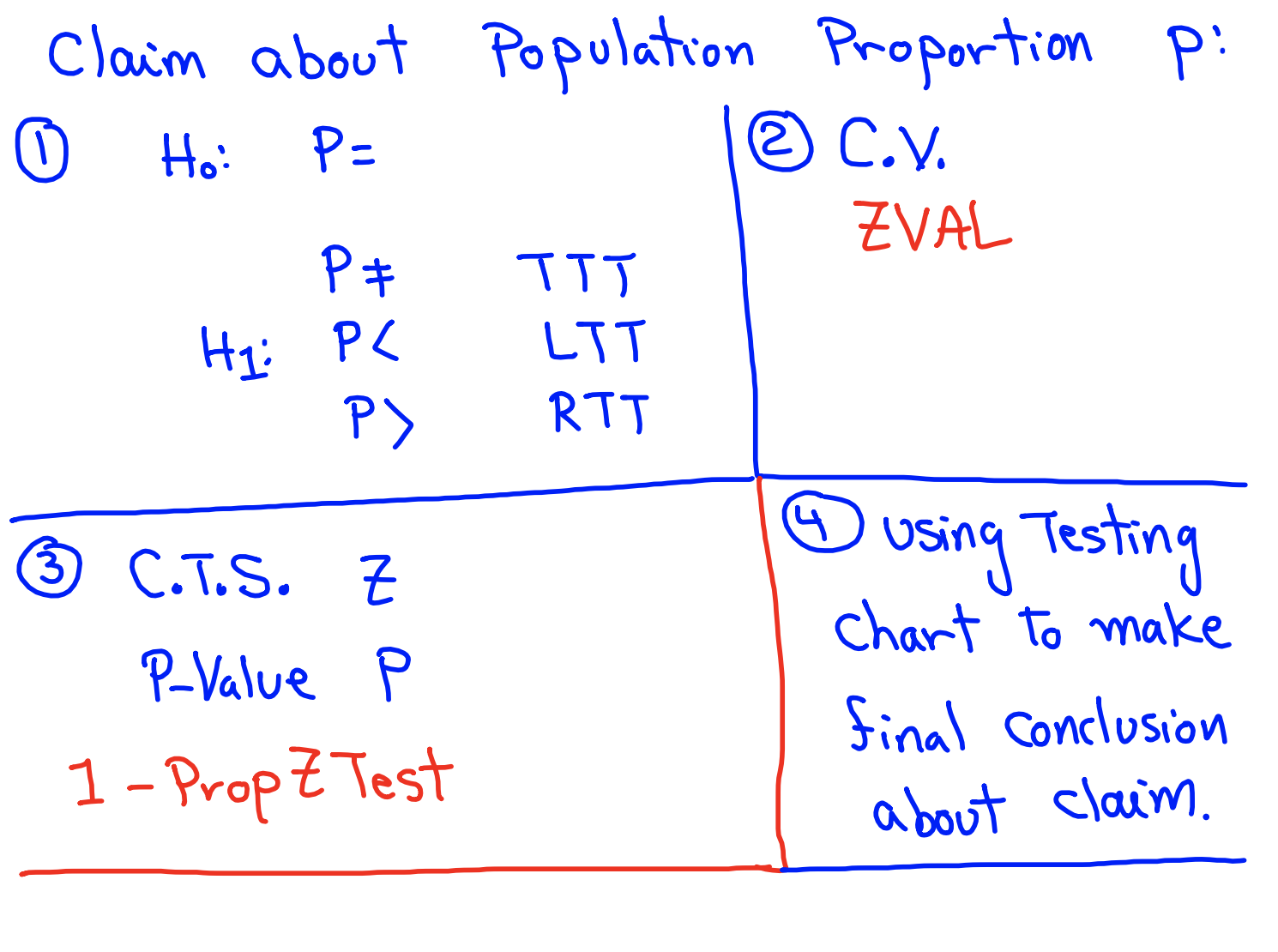 3) Model an example and use the projector to walk students through my built in TI-84 on my computer to help guide them on the TI instructions: 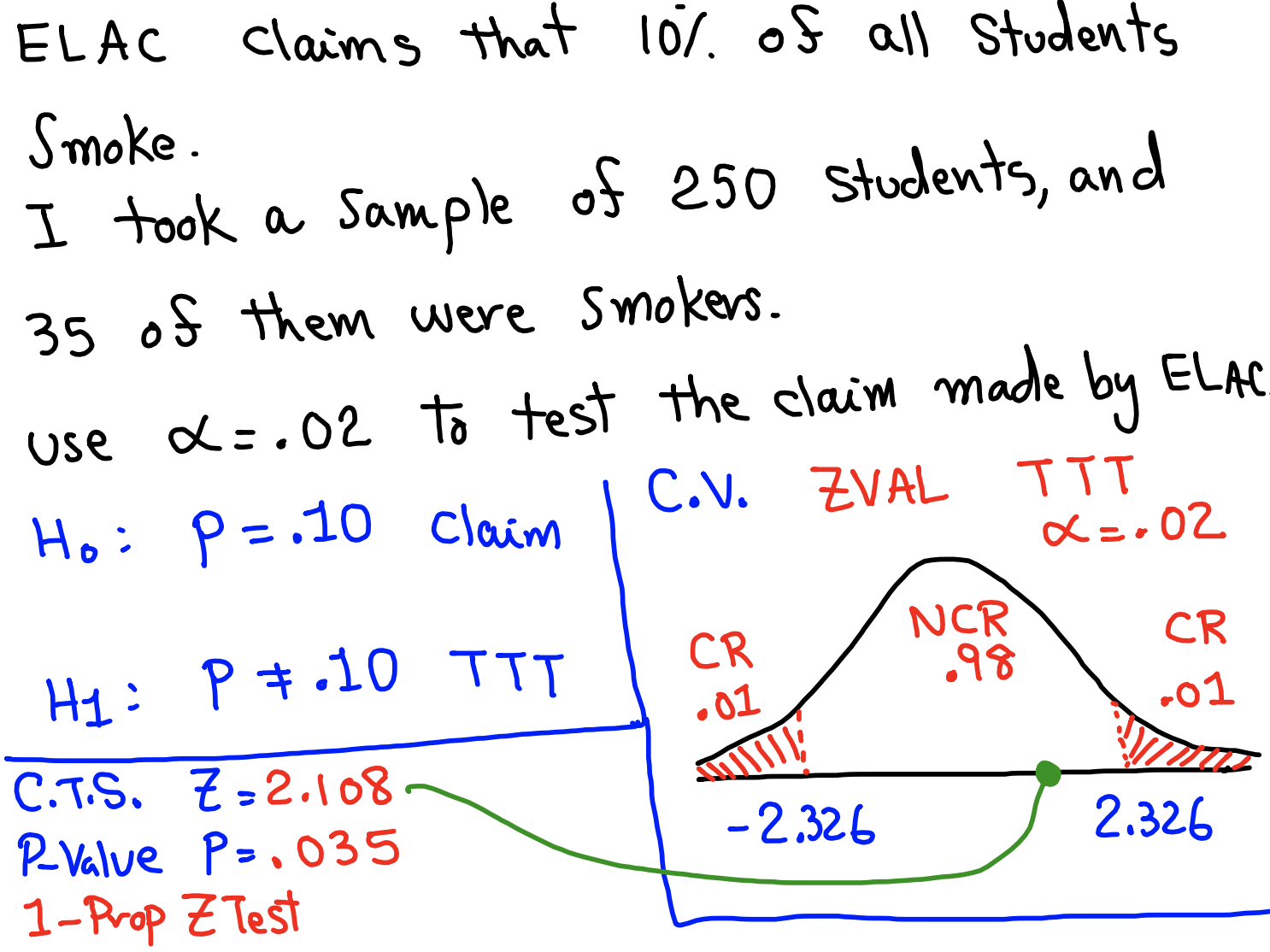 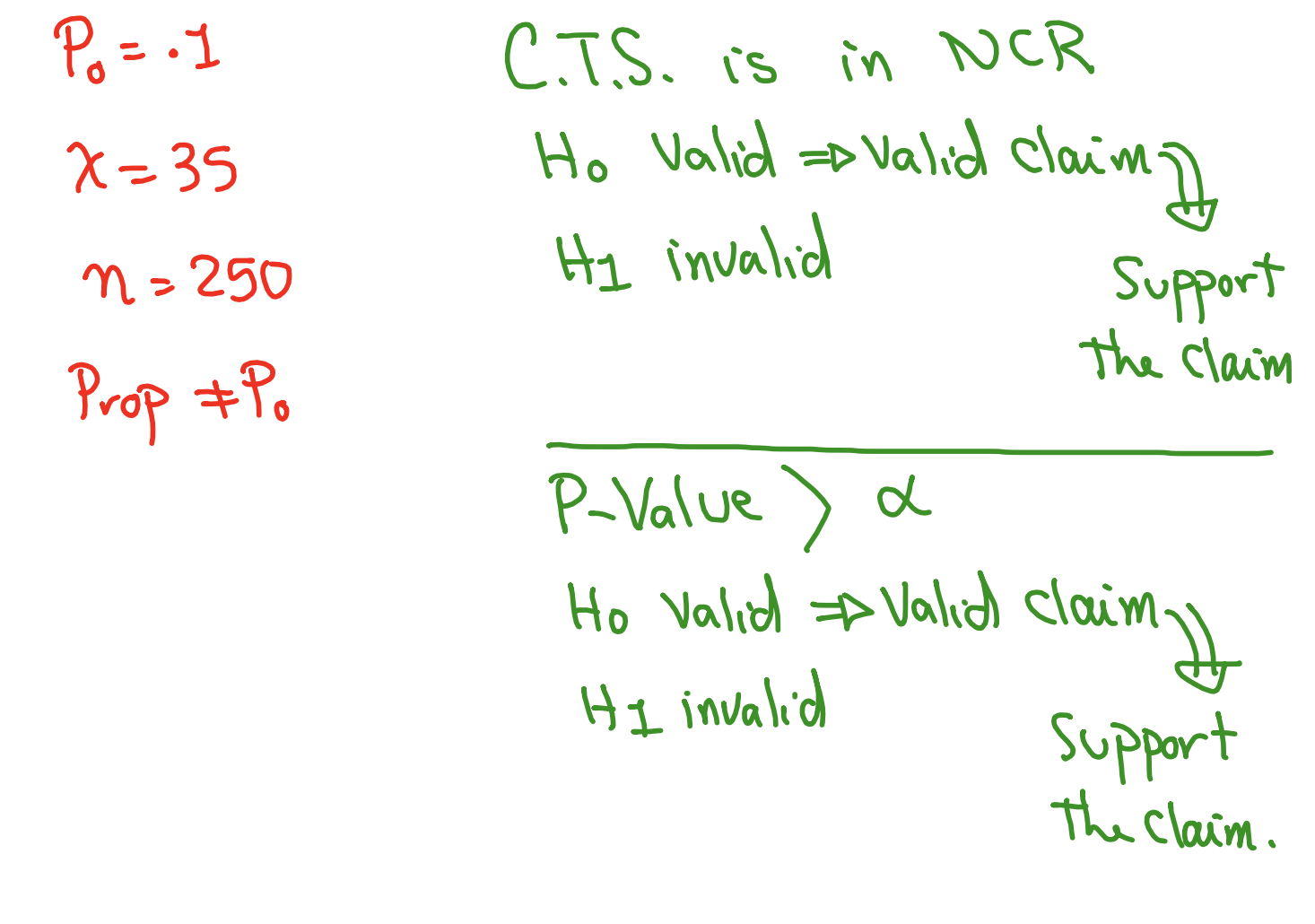 4) Model how a Type I error can occur in this example.

5) Model another example where a Type 2 error can occur

Having been on hiring committees at community colleges and 4-year schools, I always read the directive to "motivate/introduce" here as an opportunity for candidates to really step take a back and show how they would use non-mathematical language (first) to help students care about some new thing. This is often done through questioning them on a current event or something from the news, or a hypothetical where students are asked to bring their opinions.

In the case of *motivating* type I and/or type II errors, I think your example would be improved by having students first think about the severity of the two situations: "10% of students smoke, but we end up rejecting this" or "Some other percent of students smoke, but we don't reject the idea that 10% smoke." Yours might be a tricky example with which to do this (since it is a two-tailed test), but getting students to understand which situation could be "worse" could help them to *want* to identify these situations by name. Maybe ELAC is studying this in order to choose a plan of action -- If $H_0$ is rejected (in favor of $p$ being greater than 0.10, say), then the administration will pour resources into reducing the number of smokers. If $H_0$ is *not* rejected, then the administration will use the funds for something else needed on campus.

A question to students could be: "Which situation would you find more objectionable: There really are only 10% that smoke, but the test causes us to reject this number, and the administration pours money into helping reduce the number of smokers", or; "The percent of smokers is higher than 10%, but the test causes us to *not* reject the assumed number of 10%, and the administration saves the money for something else."

In general, I like examples like yours, but given you only have 12 minutes, I might focus on having students understand what the errors mean in context first. Then, after they could describe/identify the errors in a few different settings, explore the math involved. As for the work you plan to show, this is what I would expect of an interviewee to show us for the "follow-up" discussion. [The best interview demos begin with a here's-what-we've-done (usually just printed and handed out), then the demo, and then a where-we-will-go-next (also printed and handed out) to show the interview committee that you actually have a plan and you know where the lesson fits into the whole term.]

tl;dr version as my opinion:

I would say one of the most important things to show off would be your ability to manage time and realistically plan lessons.

Whatever you decide to do, especially if it is the outline you have showed us above, please practice it and time it. Leave time for interaction with the class.

You have 12 minutes. You need to make every one count. Thus, I would not spend any time doing anything not directly in service of adequately and effectively teaching the two errors. This means that the walkthrough of the entire hypothesis test is probably not going to score you any points.

I would motivate things by revisiting the idea of a p-value decision and reinforcing that we're still playing a probability game and hence could be wrong. Once we establish that we can be wrong, it's off to the races to classify our errors. Once classified, we put our knowledge into practice with a few examples consisting of, "in test X, researchers concluded Y about claim Z; what type of error is possible?" and the like. By that time, you've already blown past your 12 minutes unless you've been extremely concise.

Also, I've never met an interview committee that was disappointed by someone who could use a white board and marker(s) effectively. While a solid use of (unobtrusive) technology can be an aid, you would probably be better off to focus on creating a well-crafted low-tech presentation than to risk all the things that could go wrong (both technically and content-wise) by doing a computer aided presentation.