Is there a place to buy physical models to demonstrate the Calculus shell, disk, and washer methods?

I know a math teacher who is going to teach a calculus class that will include the shell, disk, and washer methods for calculating volumes. My question is, is there some 3D kit she could use to demonstrate these methods physically?

3D printing is an attractive avenue. I think there is something to be gained by actual physical models. 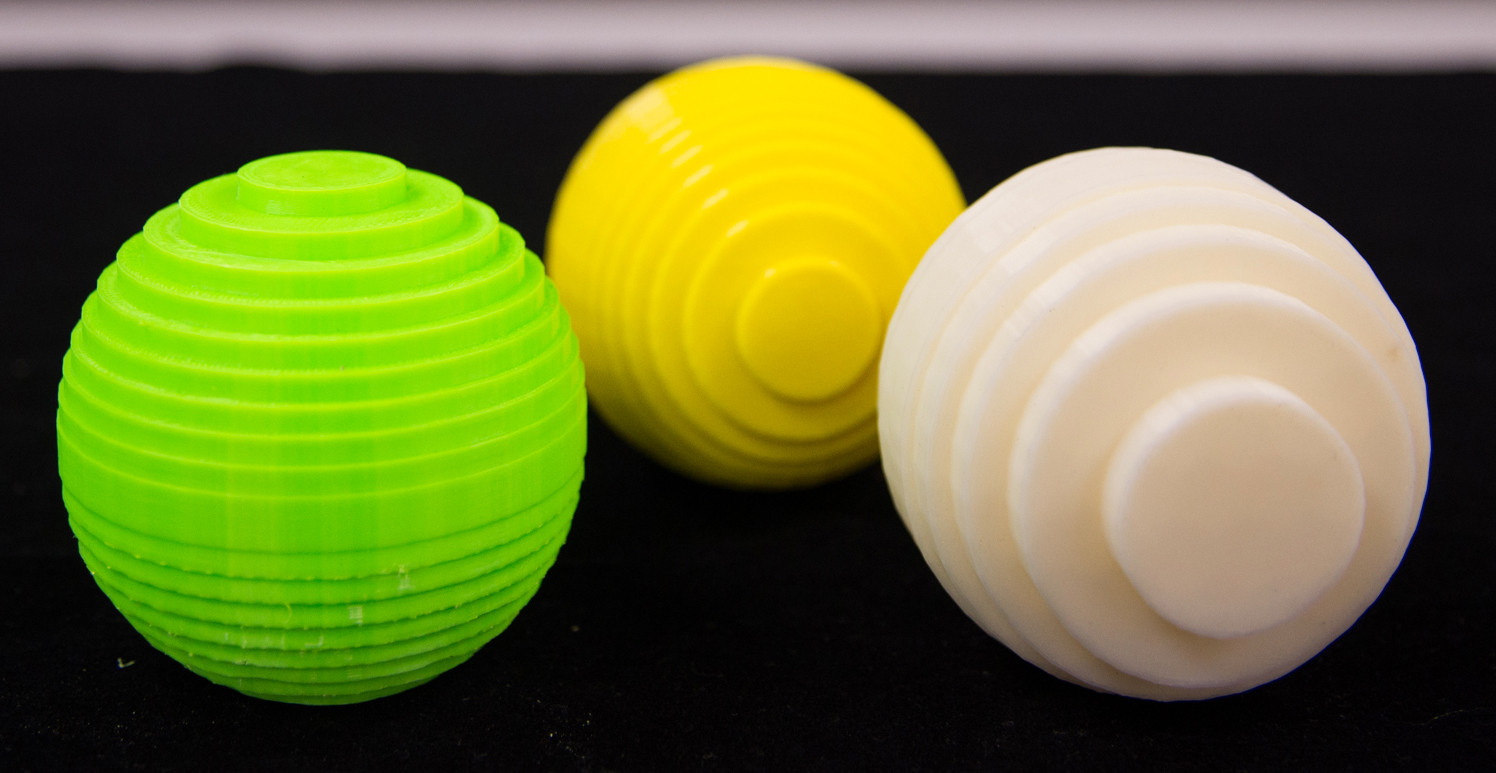 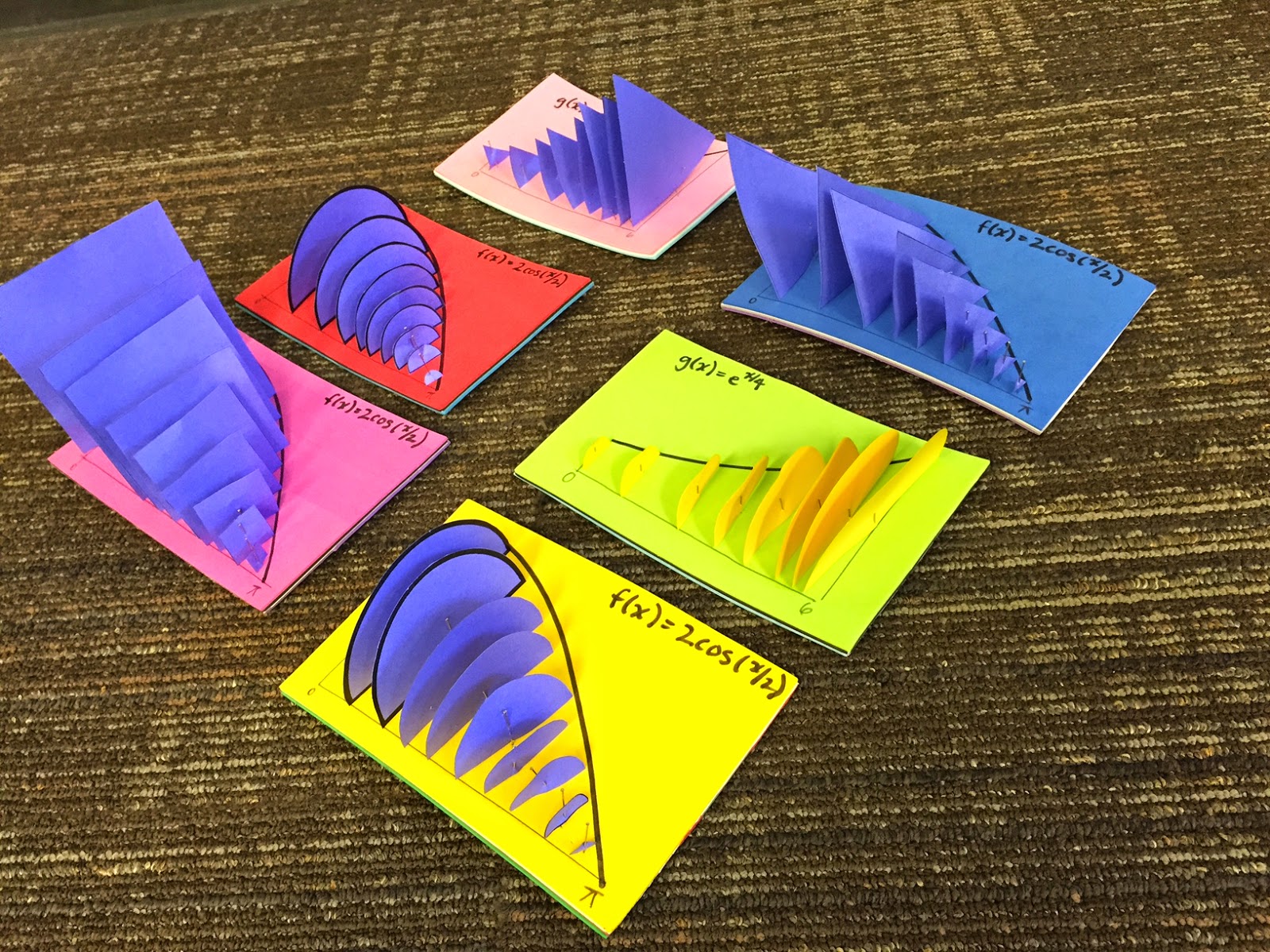 It is probably easier to make 3D computer images of such methods, using even something simple like geogebra (or using CAD software if you know how to use it), that can be projected during class, than to obtain functional physical models. The latter can be machined or made using a 3D printer, but my impression is that computer visualizations are more adaptable and adjustable, and it's not clear to me that much is gained by using an actual physical model. In most any university physics or engineering department there is someone who knows how to make such physical models, but probably it is a better use of one's time to learn to use software designed for creating visualizations. (It is also cheaper - 3D printers and 3D printing is expensive - there is free software that can be used). Moreover, computer models can be interactive in ways that physical models simply cannot. The student can see a surface of revolution as it is generated, and so forth, and can tune parameters. Physical models will be made for a (usually fairly small) finite set of surfaces of revolution; with a computer model one can visualize the surface generated by any admissible curve.

On the other hand, some students probably benefit from touching an object. The intersection of two cylinders is good example of a surface for which a computer vizualization is probably less communicative than a physical model, simply because the surface is somehow quite hard to see.

One recommendation would be to look into using something like geogebra. The sorts of models you describe (appropriate for a multivariable calculus class) are not hard to realize in such software and there are already many examples available online. Making quality, usable physical models requires skills and access to facilities not all of us have, and in this sense computer visualizations are more easily prepared/generated.

Another substitute available nowadays: computer-animated videos. They should be just as convincing as physical models.

Search "shell integration animated" on YouTube to start. You may have to search many of the results to find one that you want to use.

I suppose, if you wish to illustrate the washer method then perhaps slicing a pear (see here for a picture into 10 or so horizontal slices would give you bunch of near washers with which you could estimate the volume of a pear. Then, you could even estimate the error in the calculation by the water displaced by the uncut pear. Ideally, you'd like a near circular pear, but you could estimate a mean radius if it was lumpy.

For cylindrical shells, I have a less fruity idea involving foam sheets held together by large rubber bands around some center cylinder. But, I haven't had a chance to try it out myself yet. Onions are almost good, but the layers are too curved. If you could find some cylindrical onions. See, someone needs to grow cylindrical onions. Perhaps there is some other easily obtained food which illustrates the shell method.

EDIT: Actually, the foam sheets I had in mind were way to slim to make this plausible. Perhaps Bologna would work for the right shape. It has a regular thickness and it easy to cut. I'm not sure how to arrange it to stay together.

Links break. As a mod on another Stack, and a blogger, I'm painfully aware of this. Please consider this a complement to Gerald's answer. i.e. He suggested a search instead of a hard link.

This particular very short video Integration and Volume - Shell Method Animation was ok, as a nice example. But, as it was created with Desmos, I found I was able to 'steal' the graph equations to my own account. The Desmos link is Shells.

An example of the graph 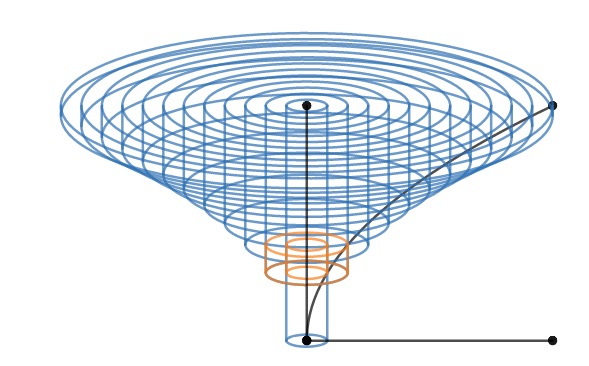 The most inexpensive and engaging material that you can easily slice is cake. 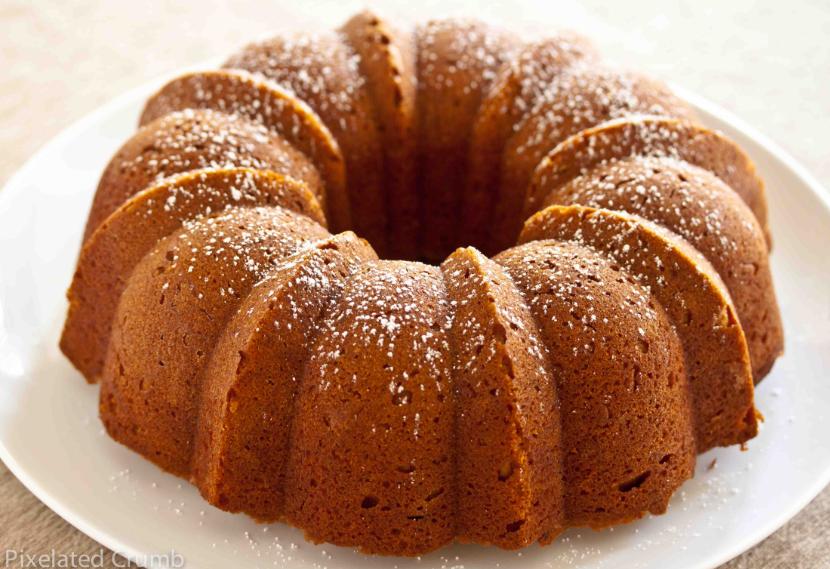 If you purchase a Bundt cake pan, you can easily create something slice-able that is (roughly) a solid of revolution.

When the students actually eat part of a shell or part of a washer, they are more likely to remember the different shapes and what they mean.

Remember to bring something like a filet knife if you can; cutting the shells can be a little tricky. But you can do it on the document camera, so it's pretty compelling.

Not the answer you're looking for? Browse other questions tagged calculus or ask your own question.

29
Revisiting topics from previous courses
27
Students use WolframAlpha. Can we change calculus instruction to exploit it while discouraging 'cheating'?
15
Is there any difference between teaching calculus for math and engineering students?
16
Overload of Calculus homework assignments
28
What are non-math majors supposed to get out of an undergraduate calculus class?
16
Source of conceptual, multiple choice calculus questions
34
How can I help a student who has a “wrong” kind of enthusiasm?
19
Why do we still teach the determinant formula for cross product? And is it as bad as I think it is?
8
Why teach the algebraic Calculus?
5
Tabular Fundamental Theorem of Calculus