As a high school teacher, I sometimes wonder about the usefulness of certain topics. Some topics seem to be in the textbook because they have always been there, not because they lead anywhere interesting.

For instance, I am fairly sure that rhombuses and kites are pretty useless. In fact, once you get past alt-int angles, parallelograms are not horribly useful later. I do not recall needing any of this in any math afterwards, at least up to and including calculus.

Since I have been told to cut out some geometry to make way for statistics / probability, it seems to me that rhombuses, kites and a good lot of parallelograms are perfect candidates for the chopping block.

Am I right? Or do rhombuses and kites turn out to be really useful in the conceivable future of any random student? I am not denying their beauty etc.

If proofs could be be put back into the state test, of course, rhombuses etc. would just be more practice in proofs.

Parallelograms are useful for understanding:

Paths taken by light are useful for understanding which routes people and other animals will take to minimize their effort.

The following remarks do little more than amplify on a comment made above by Andreas Blass.

A basic use of parallelograms is to represent the sum of vectors in the plane as the diagonal of the parallelogram they determine.

Another use of parallelograms is when one formalizes notions such as area and volume, as is typically done in university courses in linear algebra and calculus. The best way to define the determinant of a $2 \times 2$ matrix is as the signed area of the parallelogram generated by the rows (or columns) of the matrix. The basic properties of the determinant - its antisymmetry and linearity in the rows/columns of the matrix and its behavior with respect to elementary row operations can be interpreted in terms of orientations of parallelograms and cutting and pasting parallelograms and their subtriangles. All of this is useful for students who will study things such as the theorems of Green/Stokes, surface integrals, and so forth, and need to assimilate notions such as orientation and signed area. For example, motivating the definition of the integral of a function over a surface by constructing a Riemann sum approximating a parametric form of the integral requires interpreting the summands of the Riemann sum as areas of infinitesimal parallelograms in planes tangent to the surface.

I am just now close to completing my first time teaching geometry (at a community college, a course that parallels the typical high school course) Using the fact that parallelograms (and hence rhombuses) have bisecting diagonals makes a short proof for why the line segment midpoint construction works. Other than that, I don't see rhombuses as a big part of geometry. I would keep some of parallelograms in. Have you looked at the common core standards to see which topics are meant to be kept?

Henri Picciotto, a former high-school teacher and (current) curriculum developer, has written a well-thought out pair of blog posts, In Defense of Geometry, which you might find useful.

I am quite surprised by the suggestion (and apparent consensus?) that kites and rhombi are not very important for high school geometry. Here are three entirely different arguments for why they should, in fact, play a central role in the curriculum.

Argument 1: Understanding hierarchical relationships. One of the goals of secondary Geometry is to help students move from a basic conception of "shapes" as individual objects to a more sophisticated notion of "shapes" as generic representatives of categories of objects, and a corresponding focus on the relationships among those categories. (For those who are familiar with the old Van Hiele language for describing geometric understanding, I am talking about the transition from Level 1 to Level 2 and Level 3.).

At a basic level, the goal here is to move students from simpler statements about individual figures ("This is a rectangle because it has four right angles") to claims about nesting of one category of figures inside another category ("All squares are rectangles, but not all rectangles are squares"), with deductive proof making it possible to generalize from a generic case to the category of which it is a representative. At a more advanced level, students are expected to develop an understanding of a hierarchical relationship among types of figures, as shown below. (Image source)

Thus for example students should know (and be able to prove!) conditional statements like the following examples:

Note by the way that in the classification scheme shown above, different types of quadrilaterals are defined inclusively, rather than exclusively. Not all curricula follow this convention consistently; for a historical perspective on quadrilateral definitions and classification, see my answer to a related question.

Now if we were to stipulate, for the sake of discussion, that understanding these hierarchical relationships is one of the goals of the curriculum, consider what would happen if the categories of "kite" and "rhombus" were removed or omitted. Roughly 1/3 of the diagram above, and a corresponding number of hierarchical relationships would simply disappear -- there would be no way to even talk about them! We need kites and rhombi in the lexicon so that we can have a fully-developed theory of quadrilaterals.

Argument 2: Analyzing how quadrilaterals are like, and unlike, triangles. In the standard sequence of the Geometry course, students first study triangles, which they learn to classify into types according to two different schemes:

These two different classification schemes interact in complicated ways: a right triangle can be scalene or isosceles; an isosceles triangle can be acute, obtuse, or right; and so on. However, some combinations are impossible. For example, an equilateral triangle cannot be right or obtuse, because of the following theorem:

This theorem is a corollary of the Base Angles Theorem and the Triangle Sum Theorem, the proofs of which rely on fundamental properties of parallels and triangle congruence; it is therefore a kind of capstone result for the "triangles unit".

When students move from triangles to quadrilaterals, the situation is suddenly very different. A quadrilateral may be equilateral without being equiangular, or conversely may be equiangular without being equilateral! This is an extremely important idea, one that is very counterintuitive for may students; anecdotally, I can report that many of the high school students I have tutored believe that if you know a quadrilateral has four congruent sides, it must be a square. Informally, the reason this is not true is because quadrilaterals, unlike triangles, are not rigid; there is no "SSSS Congruence" property for quadrilaterals. (See the question, and my answer, at "What is the precise definition of a rigid shape?".)

Similarly if we try to generalize the notion of "isosceles triangle" to the quadrilateral case, we might say (as a first attempt) that we are interested in figures in which some, but not all, of the sides are congruent. On further reflection we realize that there are two worthwhile possibilities to consider here:

In a transformation-based approach, figures are classified according to the types of symmetry they have. For example, isosceles triangles have exactly one line of symmetry; equilateral triangles have three. With quadrilaterals, again, things are more complicated:

There is an important analogy lurking in the above observations: kites and rhombi are, in an important way, dual to isosceles trapezoids and rectangles.

Concluding thoughts:. There is more that could be said on this; for example, one very fruitful avenue of student exploration is to study what kind of figure is produced when one joins together the midpoints of the sides of a quadrilateral. (See here, here, and here for some examples.) This is variously referred to as the "dual" or "midpoint polygon" construction. Some very interesting results can be discovered and proved by students; for example:

Without rhombi and kites these kinds of investigations become essentially impossible.

TL;DR: if rhombi and kites did not exist, we would need to invent them in order to answer basic questions about the relationships among the other types of quadrilaterals. Trying to do geometry without them would be like trying to teach algebra without the words "slope" or "quadratic".

I would keep the parallelograms. Too much application in SAT questions--they love the vertical angle theorem.

Agreed on ditching kites and rhombuses. (In the interest of time.) I have never used them in engineering, physics, other math classes that support engineering/science. Actually, I don't even remember covering them much in 1980s geometry. If we did, it was super quick (a day at most).

You could also probably cut solid geometry some (even though this pains me to see this--just give them a handout with the mensuration formulas and don't even test it).

Really, even proofs could be cut. (I'm not saying to cut it all...but if the point is exposure to proofs, do you really need so much for "exposure".) Geometry is such a diversion from the other courses in their headlong build towards calculus.

Anyone saying to keep the topics, ought to suggest other places to cut. Hours are zero sum. And not doing the stats doesn't sound like an option. But it would help if you told us how many days you are trying to free up (how long spending on stats).

It would be hard to say what you could get rid of without knowing what is on your state test. In my state (NY), they push quads quite a bit. I'll grant you that kites aren't interesting or important, but rhombuses are both.

One of the usual capstone problems is being given the coordinates of four points and demonstrating that the quadrilateral formed from the vertices is a rhombus but not a square. That's a pretty strong review question; it measures skill on the slope and distance formulas, interpreting those results in the context of congruent and parallel/perpendicular line segments, and then interpreting THOSE results in quadrilateral language.

Obviously, as other responses demonstrate, even STEM-based professionals lead fulfilling and successful careers without remembering these facts. But I don't begrudge the Common Core and New York State for expecting my students to master them. Understanding that there are conditions for determining that a quadrilateral is of a special type and there are implications for knowing that a quadrilateral is of a special type is the sort of applied logic that is so often used in the real world and so infrequently nurtured in students.

OP: "I am fairly sure that rhombuses and kites are pretty useless."

Understanding parallelograms and rhombi is quite useful in pop-up card design: 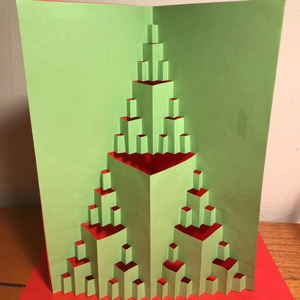 The observation that a rhombus's diagonals bisect its internal angles gives rise to an efficient method to find an angle bisector.

Here, a British national-exam question hints this method to the candidate: 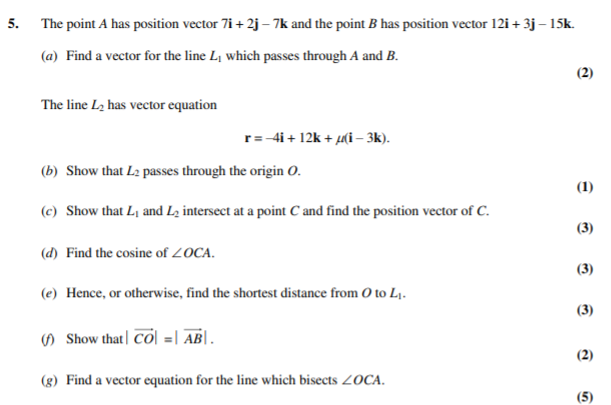 Not the answer you're looking for? Browse other questions tagged secondary-education geometry concept-motivation or ask your own question.

13
In what curricula are "rectangles" defined so as to exclude squares?