Increasingly, I see computational topology being applied to problems involving sensor networks, robotics, data analysis, signal processing and various other areas. The topics I mention are interesting to many of my engineering students, but they lack the background in abstract mathematics, especially group theory, to be able to comprehend material such as homology. I try to get them to the borders by way of some graph theory and computational geometry in the context of robust sensor networks, even touching on the Vietoris-Rips complex, but then the wall of abstraction looms up. I have also taught a short data analysis course focusing on cluster analysis, with a touch of anomaly detection, but so far I have stopped short of introducing topological data analysis.

Question: Does anyone have any suggestions or experience in dealing with teaching material of this nature to advanced undergraduates who are not specializing in mathematics? What are good ways of making the abstract mathematics involved a little more concrete and manageable?

An incomplete list of online resources on computational topology:

(Removed http://comptop.stanford.edu/ as this site seems to have been taken down. Clicking on the link now redirects you to http://appliedtopology.org/.)

I'm just finishing up a graduate course in computational topology which could be adapted very effectively for this purpose. We're focusing on topological data analysis and computational homology. All the topology in the course has been self-contained, meaning that essentially no previous experience in topology was required.

The book we're using is Computational Topology: An Introduction, by H. Edelsbrunner and J. Harer. It's available online, or you buy it in print (I did this and found it worthwhile). The author works in computer science, and it is written in a style that engineers would appreciate.

The professor began the class by explaining our basic problem: if we have a bunch of data points from some topological space, how do we figure out what space the data came from? He continued by showing us various motivating examples to explain why this question is well-posed, e.g. a ton of points obviously taken from a circle. He moved on with illustrations and animations to explain (at least visually, in the 2D case) how the Vietoris-Rips complex works, then worked up to bar codes / persistence diagrams. We were exposed to essentially everything we were going to do over the course of the semester, so we had the "big picture" in our heads right away. This was very important, especially because I had no background in algebraic topology.

We spent the next couple weeks learning the basics of abstract simplicial complexes and their embeddings in $\mathbb{R}^n$. Everything here was intuitive. Most examples had dimension $2$ (i.e. visually, graphs with some triangles filled in). In this context, homology groups were easily motivated by Betti numbers, which conceptually bridge the gap to group theory. "What we want is to know the number of components, the number of missing 'circles', the number of missing 'spheres', etc."

To get the Betti numbers, we needed to learn how homology groups worked. Working in this discrete context everything is very constructible, so we could actually make the $C_p$, $Z_p$, and $B_p$ groups (cf p.96 of Edelsbrunner's book), along with the $\delta$ maps, for small examples. I went home and did this for a whole bunch of examples until I understood how ranks of the matrices related to the "missing pieces" interpretation. Shortly after this, the professor gave us homework where we had to compute the $\bmod{2}$ and $\bmod{3}$ Betti numbers of the Torus, Klein Bottle, and projective plane from given triangulations (which of course was expected to be done with computational algebra software, not by hand.) This really cemented the whole point of the course for me.

After some more theory about persistence, we started using javaplex (in conjunction with MATLAB, for most of us) to actually get our hands dirty with some data. A few weeks ago, we were given a few data sets, told which manifolds they came from, and told find the Betti numbers using a barcode analysis. For our final assignment, we were given several data sets, but no other information, and tasked with figuring out what topological space they came from. (One of the data sets was an embedding of a certain well known $3$-manifold in $\mathbb{R}^9$.) So, we got to take the whole thing to fruition.

Anyhow, it probably wouldn't take much to adapt this course towards engineering students. A few less proofs, a few more computation-based homeworks and lectures, and earlier introduction to javaplex (or another topology package) would suffice. The most critical aspect of adapting the course would be to keep the big picture in everyone's mind at all times, so that the definitions and influx of information doesn't become overwhelming. Including real world examples should keep the abstraction terror at bay.

Wow, thanks for the recent shout-out. I hope this is the right place for me to add a few references that might be useful and haven't already appeared in the answers.

might serve as a course skeleton. It is indeed short (110 pages), and written in his laconic but precise style. And beautifully illustrated. 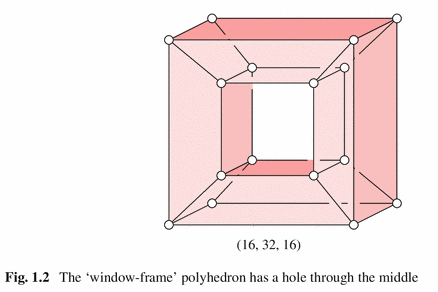 It looks very accessible to the undergraduate - some background in proof writing is recommended as is some linear algebra, but the book is largely self-contained. It's full of diagrams and examples. Could be a good place for engineering and computer science students, among others, to get a first look at simplicial complexes, Betti numbers, persistent homology and related topics in a discrete Morse theory setting. The relative concreteness of the examples helps keep the wall of abstraction from looming up too high.

Not the answer you're looking for? Browse other questions tagged undergraduate-education course-design applied-mathematics engineering-mathematics topology or ask your own question.

10
Linear algebra for engineers
12
What Should be there in a Single Variable Calculus course for Engineers?
21
Introduction to Topology for 11 year olds
19
Applications and motivation of abstract linear algebra topics for engineers
7
Topology presentation for middle school
9
Computational Software for the whole curriculum and beyond
5
Reference request: undergraduate combinatorial topology
7
Teaching Calculus I to engineers
6
Textbooks for an independent study in point-set topology