A fun, one-day topic for a vector analysis course

I am currently teaching a course in "vector analysis", following Colley's book.

So far we have reviewed multivariable calculus (a prereq for the course), and discussed: the derivative in general; the gradient, vector fields, divergence and curl; flow lines and conservative fields; arc length and the TNB frame; Kepler's laws (with complete proofs).

Logically speaking, I would like to move on to the change of variables formula for integration; but we have one more class meeting before spring break, and I'd like to present some "lighter" fare. Nothing suitable comes to mind.

Is there any "light and easy" and "fun" topic I could present to my students, involving some of the background I mentioned above?

The value of the derivative tells us how the function stretches out the input. It gives a scale factor by which the input length is scaled to the output length.

Most functions do not allow us to think about length in this global sense, but it is clear in this linear case. For a function with a variable derivative we have to think infinitesimally to see the scaling. This discussion ultimately leads to the formulation of arclength, so we can either return to it later or tie into that now (depending on your class).

Ok, great. Functions of one variable are pretty easy to visualize since two dimensions we can draw etc. But, what about a function which takes in two variables and outputs two variables ? That gives us 4 possibly independent degrees of freedom. We will not be able to view it in terms of graphs as it would require four dimensions (which I personally cannot directly visualize). So what to do ? One natural solution is to look at two separate planes where one plane is the arena of inputs and the other plane is the arena of outputs for the map. Let's say $T: dom(T) \subseteq \mathbb{R}^2_{xy} \rightarrow \mathbb{R}^2_{uv}$ meaning that we agree to use $x,y$ as Cartesian coordinates for the inputs and $u,v$ as Cartesian coordinates for the outputs. Previously we used $y=f(x)$ which has $x$ as independent and $y$ as dependent. Now, for $T$, we think of $x,y$ as independent and $u,v$ as dependendent. We could describe $T$ in terms of two equations: $$ u = T_1(x,y) \qquad \& \qquad v = T_2(x,y) $$ for all $(x,y) \in dom(T)$. In such a case we can write $T=(T_1,T_2)$ to indicate that the map $T$ has component functions $T_1$ and $T_2$ (this sentence should be skipped if kids look bewildered already).

Spoiler Alert: $m = | ad-bc|$ where $$\text{det}([T]) = \text{det}\left[\begin{array}{cc} a & b \\ c & d \end{array} \right] = ad-bc. $$ is the determinant of the linear transformation $T$. Notice, if the determinant of $T$ is zero then the area of the mapped parallelogram is likewise zero. Linear maps only preserve the full dimension of their domain if they have nonzero determinant.

For a classroom talk, you probably should suggest notation for components of $\vec{A}$ and $\vec{B}$ so the students can calculate and share progress with one another. Alternatively, you could have them calculate a special case rather than attacking the derivation in full generality.

Finally, this leads us to the next question: what is the analog of the linearization of $y=f(x)$ ? How can we linearize something like $F(x,y) = (x^2+y^2, xy)$ at some point in the plane ? We'll see that an affine map $L_F^a = \vec{a}+d_aF$ where $d_aF$ is the differential of $F$ at $a$ gives the linearization of $F$. Moreover, $[d_aF]=J_F(a)$ is the Jacobian matrix. The determinant of this Jacobian matrix tells us how an infinitesimal area scales under the map $F$ just as $f'(a)$ tells us how the length of a small line-segment is stretched under the map $f$. Good news: the story for maps on $\mathbb{R}^n$ for $n>2$ is no different. But, we'll have to learn how to calculate determinants of bigger matrices... or... calculate some wedge products :)

As the students are by now familiar with the cross product, it is a natural question of how it might generalize to higher dimensions. It is surprising that the cross product only exists in dimensions $3$ and $7$: The $7$-dimenstional cross-product is the only "bilinear product of two vectors that is vector-valued, orthogonal, and has the same magnitude as in the 3D case."1 This could take you into very interesting territory.

Based on a suggestion I once found here on MESE, my class last term proved (via Green’s theorem) the existence of a linear planimeter, showing how it could mechanically measure the area of a shape.

When we were done with the proof, I brought out the one I built at home from scrap wood: 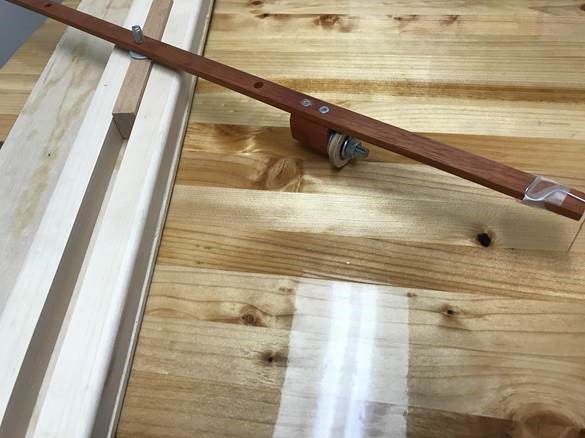 Figure 1: The red arm freely pivots on a block that is constrained to move linearly (sliding between two fixed pieces of wood, shown on the left). At the end of the arm is a piece of wire used to trace around a closed, oriented curve. On the arm is a wheel (also wood) that turns when the arm pivots so that the wire moves parallel to the oriented curve. 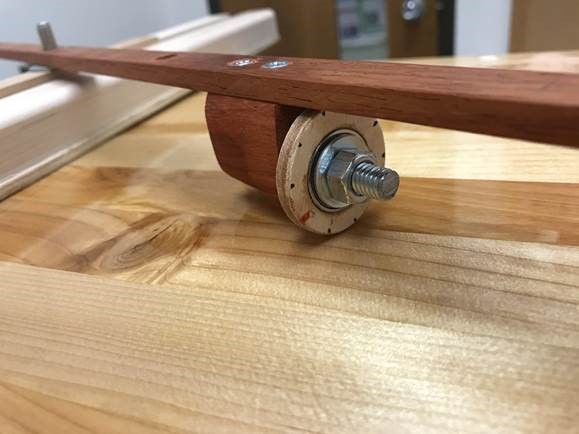 Figure 2: Blow-up of the wheel, which I marked-off in tenths of a rotation. Note the red mark used to count whole rotations.

To test it, I drew a circle with a compass, and had a student measure it and determine its area with $\pi r^2$. I used the planimeter, having another student count the net change in number of rotations of the wheel. Students were surprised that our answers for the area were within 2% of each other. Then, we tested it with a print-out of a region between the x-axis and a complicated curve. [I prepared this sheet in advance, scaling it nicely so the planimeter would be able to trace around it.] We all agreed that computing the area by hand would be very difficult, so we used Wolfram|Alpha. Again, the planimeter's value of the area was close to Wolfram|Alpha's.

Finally, I brought out a polar planimeter I got on Ebay and the class oohed-and-ahed at the improved precision and accuracy when we used it to find the area of the circle and the "complicated curve" area. We did not go through the details of proving why the pivot could be on a fixed circle for the polar planimeter (as opposed to a fixed line in the linear case), but I suggested this as an interesting exploration for those who wanted to further explore the topic. 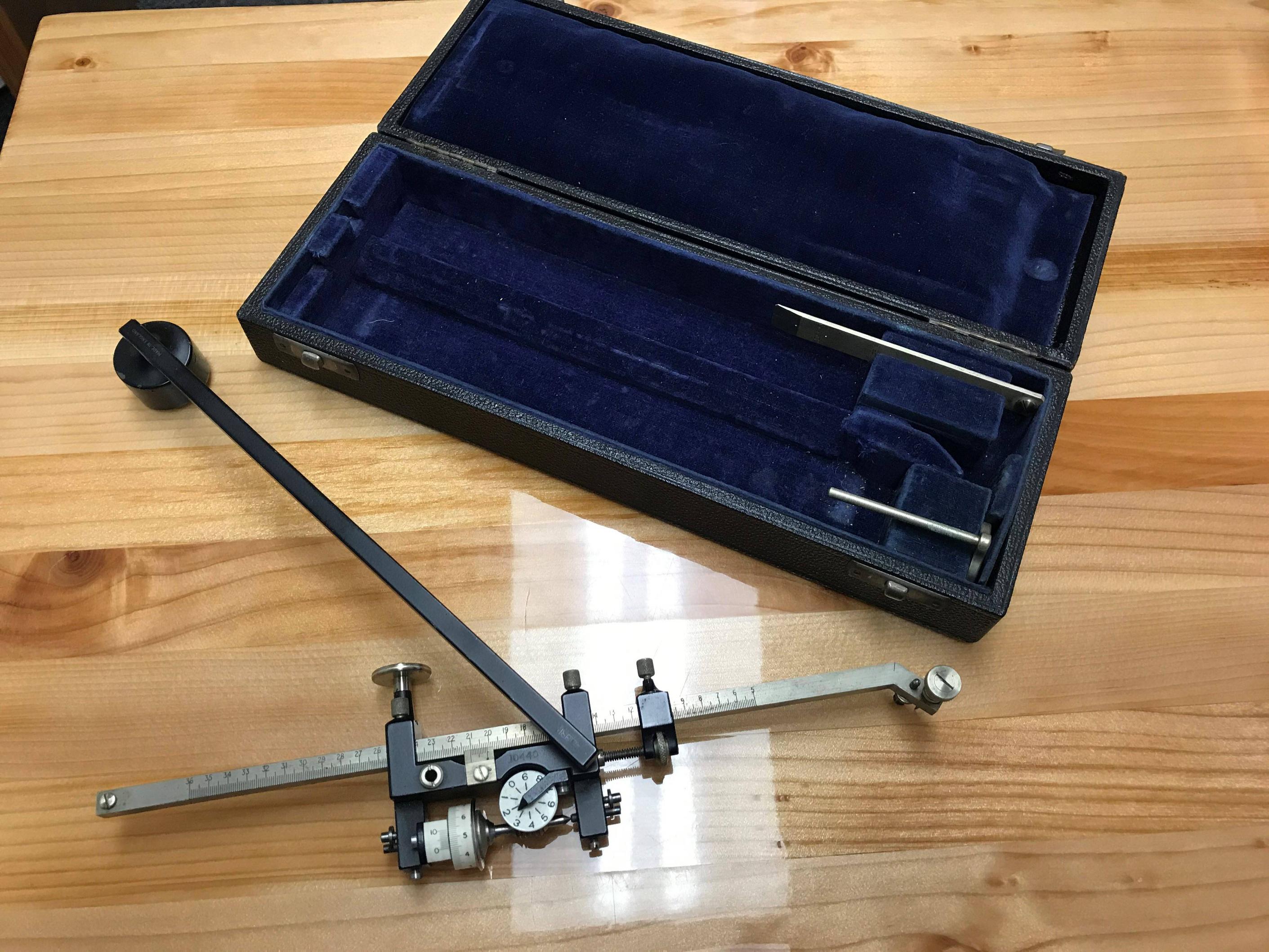 Sketch of the proof that students worked through (with some help):

Conclusion: I liked this application as it was right at their ability level skill-wise (using Green's Theorem), and because it pushed them conceptually (considering and writing the equation of a vector field that measures something physical, other than the typical examples explored in class: electricity/magnetism, gravity).

I have couple point five suggestions that are different ideas from the previous comment/answers:

2.5. (Related to 2, but little funner but less didactic.) "Vector Calc Jeopardy": very easy on the chalkboard--draw the grid, have questions ready, divide the room into teams, appoint a scorekeeper and answer-spotter (from the teams raising hands), insist that they answer "in the form of a question", etc. It's a bit more of a social interaction and a nice head out to the holidays...

Not the answer you're looking for? Browse other questions tagged vector-calculus or ask your own question.