I'm teaching calculus 1 online this term and anticipate being plagued by the perennial problem of cheaters. I have seen suggestions for how to arrange the testing time to accommodate for traditional tests (such as this previous question and the questions it mentions) but I would rather improve my question-writing instead of impose onerous requirements on my students in terms of time. I would hope that by making these sorts of questions common in all assessment levels that this would also improve my students' learning, especially as they learn that I expect them to understand instead of merely regurgitate. I've also contemplated moving to projects, but have come to similar conclusions that it is difficult to evaluate students on procedural fluency with projects, and devising effective projects is probably going to take me more time than simply writing better questions.

So, with that said, what are some examples of types of questions which are suited for an online exam? A requirement here is that WolframAlpha & other solving websites often do in an unnatural way, or in a way which we do not ask the students to do it. Or equivalently, what ways of formulating questions are there that are difficult to put in to WolframAlpha?

The goal here is to make it less desirable to cheat (because it is difficult to do so) and to make it easier to catch those who cheat. I also do not think entirely avoiding mechanical differentiation problems is possible or desirable, as students need to develop the pattern-recognition to be able to learn integration in the next term, where it is possible we may end up going back face-to-face.

Some types of problems that I can think of include:

I have difficulty coming up with lower-DOK questions in this same vein, however!

For problems that are beyond just calculations, if you can algorithmically create different problems for each student that are similar in difficulty, this may help with the near-guarantee that someone will be posting all of your problems to Chegg. Also, it may be done with any of the problem ideas you list above.

Here is an exam question I gave this term, together with a few different versions: 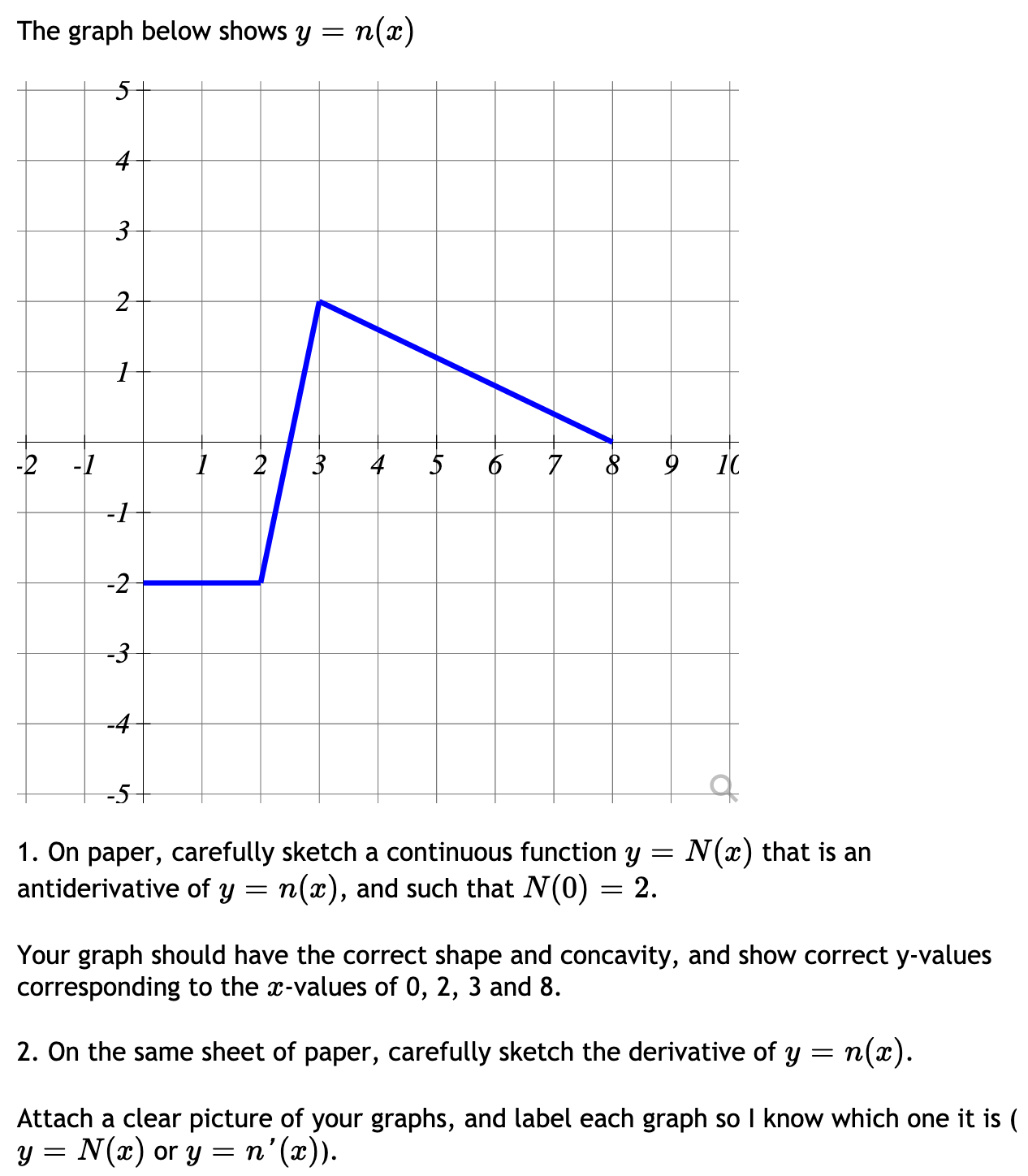 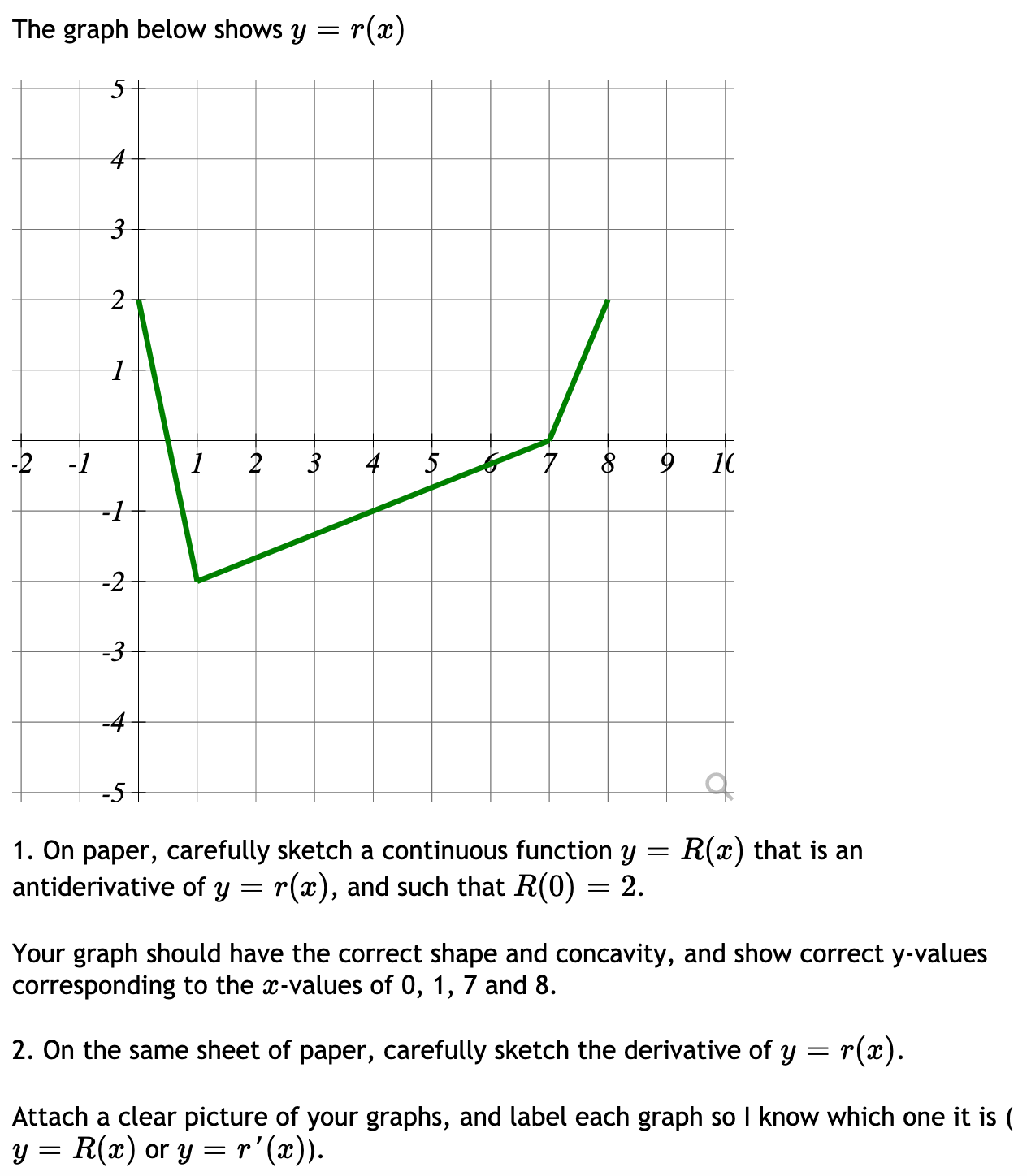 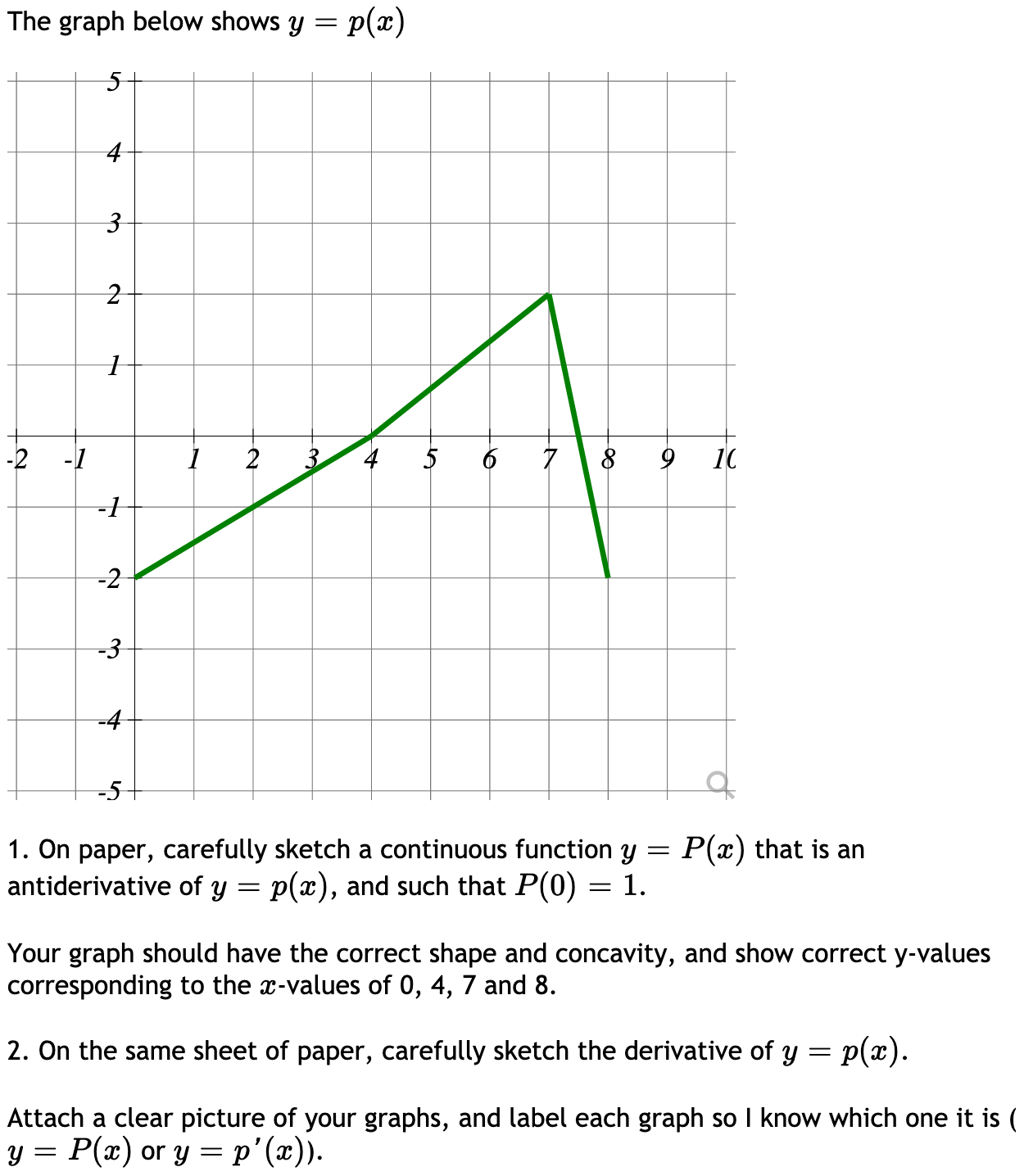 I think randomizing as much as possible is a good idea (up to the point where one student faces a much more difficult problem than another student).

WolframAlpha is not your problem. It really isn't. The students who are cheating by and large aren't good enough to figure out WolframAlpha's syntax and interpret its answers.

Your problem is that any of your students can buy a membership to Chegg.com and upload an image of a question. Chegg.com his hired people in less developed countries who will do the problem in half an hour and upload the result, and it will be accessible to anyone with a Chegg.com membership who is searching for that question. Then these students can just copy that answer.

One of the things I'm currently testing is the addition of "find the error" based problems, and possible variations. For example (related but not the same topic) last semester I taught indefinite integrals, so in a partial test I decided to ask my students the following problem:

Do I completely remove cheating? Absolutely no. But in this case, Wolfram solves the integral by partial fractions and coincidently a lot of my students felt overwhelmed by integration by parts.

This sort of approach is an easy fallout from well done computer mediated instruction.

Last time I looked computer math instruction was slightly awful, with students moving thorugh a rigid lock step format. A good CMI math program would generate problems of appropriate difficulty for the student's ability at that time, and be able to understand the student's work. As the student improved, he'd be encouraged to use shortcuts, do multiple steps at once, but be flagged immediately when a shortcut was mis-applied or didn't work.

It also would be able to analyze mistakes to see if there were bugs in the student's software. (A study of the mistakes made by primary kids learning subtraction found that most errors were software errors. E.g. Doing the borrow to add 10 to the top digit, but forgetting to take it form the left digit. Or always subtracting the smaller digit from the larger regardless of positions.

I hold the opinion that preventing or disincentivizing cheating is practically impossible.
If I want to quiz my students about partial fractions or trigonometric integrals or the sorts, I can’t prevent them from putting it into WolframAlpha or the like by just changing the phrasing a bit, because WolframAlpha can solve partial fraction integrals.
Instead, I think the best course of action is to make the students less frustrated and thus, less vulnerable to cheating.
Here are the things I see to reduce student frustration.
Hard $\not \Leftrightarrow$ frustrating
Actually, quite the contrary, a student will be less frustrated by 3 hard integrals then 20 easy ones.
Don’t fight
Students who already cheat are practically non-recoverable.(after all, it only gets easier after the first time)
A student won’t stop cheating because the he couldn’t backtrack in the test, but, if you do prevent backtracking, you are frustrating the students who don’t cheat.
I have elaborated on this here: What are the best practices for giving online tests?

Not the answer you're looking for? Browse other questions tagged undergraduate-education exams online-instruction or ask your own question.

26
How to solve the problem of Wolfram Alpha?
31
What are the best practices for giving online tests?

33
Are there any benefits to having an entire course's homework problems available from day one?
21
Real time interactive whiteboard for tutoring math
17
What is a good way to explain the Lebesgue integral to non-math majors?
3
Problem with “Calculated Formula” question in blackboard online test
24
Should we “program” calculus students, like the physicists seem to want us to?
14
Chat software for “online office hours”
6
Ideas and/or references for Projects for a Business Calculus course
31
What are the best practices for giving online tests?
1
asynchronous teaching and requiring frequent email updates from students, and having these as the only part of their grade