Replacement for the Pac-Man grid analogy

To most people, a torus is a donut-like shape. Topologists like to describe the torus differently: you start with a square, and "identify opposite sides". We can imagine gluing together one pair of opposite sides to get a cylinder, and then gluing together opposite ends of the cylinder to get a torus. (Provided that our material is stretchy enough, which isn't an issue topologists concern themselves with.)

In the past, I've described this description of the torus by analogy with Pac-Man. In this video game, Pac-Man can leave the screen on one edge, and come back onto the screen from the same position on the other side.

But I want to abandon this analogy, and come up with something better, because:

Are there better analogies?

A possibility is to show your students Google's implementation of the game Snake. If you enter the term snake into Google's search engine, the there is a box at the top showing 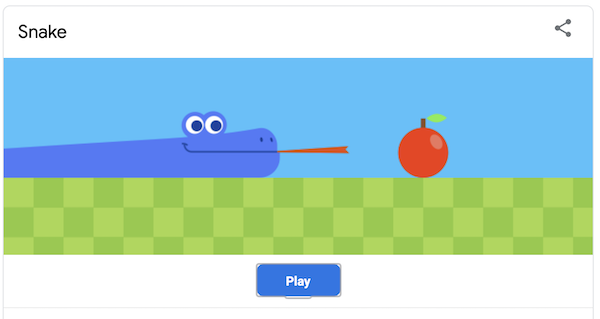 If your particular Google bubble doesn't show this result, I think that there is a direct link.

If you hit "Play", you can play a game of Snake, using the standard rules. Play a couple of short rounds, and demonstrate what happens if you run into a wall (you lose). Then, after losing a couple of rounds, hit the gear to open up a settings menu. 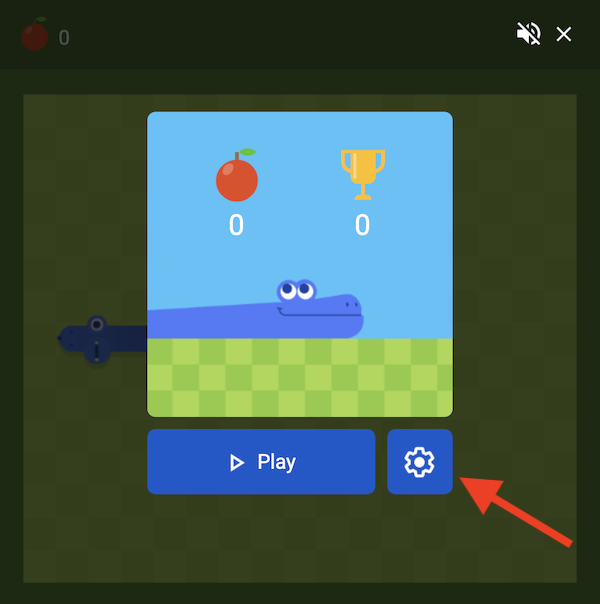 On the second line of settings, choose the infinity symbol. 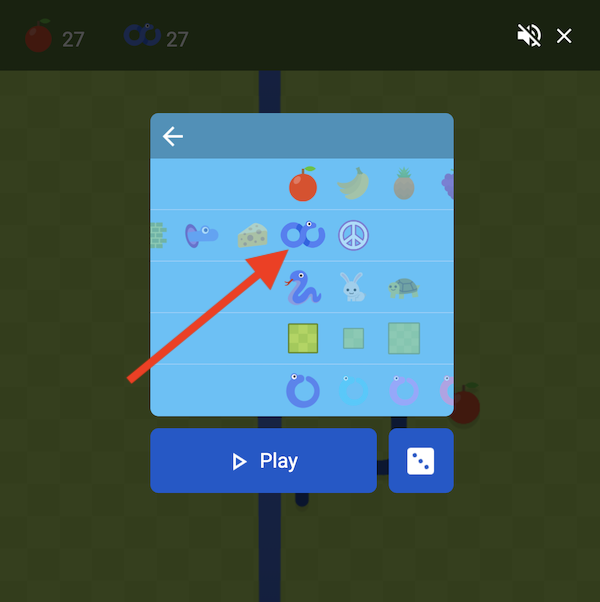 This version of the game is played on a torus. If you eat enough apples, you can see how the wrapping around works. Alternatively, instead of selecting the infinity symbol, the peace symbol also allows you to play on a torus, but without the centering (i.e. the game will behave like Asteroids or Pac-Man, where you leave one side of the screen, and reappear on the other).

What is handy about this is that you get a very quick demonstration of a game being played on a torus, and this demonstration is available to any person who has a clever device (e.g. a desktop or laptop computer, a clever phone, etc). Moreover, it has a rather visceral, concrete quality to it which, to my mind, is more convincing than a bunch of hand drawn pictures (though maybe not as convincing as actually making a torus out of paper or cloth).

One thing that I like about the Pacman analogy is that, if you draw Pacman's eye (or Ms. Pacman's bow, which is my usual choice), then Pacman is not mirror symmetric. This means you can talk about nonorientable surfaces and draw how Pacman goes around a Mobius strip/Klein bottle/projective plane and comes back reversed.

I don't think it's necessary or a good idea to invoke a specific game, because any given game will be one that only a small fraction of your students have played. Just say, "You know how in some video games, if you go off one side of the screen, you reappear on the other side? Say you have a game where this happens both left/right and top/bottom."

(At least, that's how the Netflix catalog interface works on my TV. Streaming UI being what it is, I wouldn't be surprised if it's different on other devices, or if it changes next week.)

This also gave some room to talk about nonorientation preserving gluing, a Moebius strip, and the real projective plane (and its cross-cap). You can't actually perform the identifications for all of these (since you will obtain an embedding in $\Bbb{R}^3$ or $S^3$) which allows discussion of $2$-manifolds that don't embed in $3$-space.

I'm not sure you need an analogy, I think you could explain it nicely just stating how to construct it from a square, but if you do, you could buy a couple of bicycle tubes (preferable for a children’s bike, which are smaller and wider). Then cut it open so you have a rectangle. You can then show the intact and the cut version side by side.

(It might not be a nice rectangle, but I think it will work anyway) 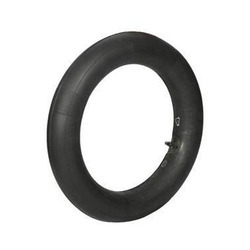 East to west on a world map

The world map is usually what I use to explain toroidal periodic boundary conditions. The analogy isn't perfect because the Earth isn't a torus, but it gets the important ideas across in a way everyone can understand. Unfortunately, it doesn't work north-to-south. I used to use Asteroids, but few students are familiar with the game. Everyone is familiar with the world map.

I have always found the best way to ingrain toroidals is by showing them in unexpected places. Drinking straws, tires, a hollow question mark, a mug... Figuring out how many holes real world objects have is in my opinion the best way to build intuition for their properties.

Not the answer you're looking for? Browse other questions tagged concept-motivation intuition topology or ask your own question.

25
What is a good motivation/showcase for a student for the study of eigenvalues?
29
For calculus students, what should be the intuition or motivation behind series?
4
Promoting intuition (for undergraduate students): visual thinking, geometic approaches, etc. in the classroom
5
Examples where roots are necessary for the solution
31
What is a good method for drawing a Möbius band on the blackboard?
13
Teaching intuition for the universal property of the product (category theory)
2
What is the motivation for teaching Factoring by Grouping?