When teaching mathematics to a new class in high school, I often open up with some mathematical games that can be played cooperatively and with minimal requirements (good old chalk and blackboard). On the one hand, this helps break the ice with the class (so to speak) and I get to quickly learn their names, and on the other hand, by trying different games I get to partially gauge their understanding of certain fundamental topics (such as parity, symmetry, prime numbers, ...) and their technical skills (multiplication table, visualisation skills, posing and solving simple equations, ...).

The games I use are simple enough in premise that even when there is a language barrier (such as welcoming classes for recently arrived refugees), kids will be able to quickly grasp the idea and participate.

Game of multiples and divisors

One good example is the Juniper-Green game, or simply the game of multiples and divisors: you set an upper bound (say 30), and then

Color of a square on the chessboard

Another example is drawing a chessboard on the blackboard but only coloring the first row, rest being a blank grid. Then asking the students to guess the color of a random square I choose. At first they show their visual skills by instantly finding paths connecting to the that square from a known square and then using the alternating color rule.

Others find more efficient ways of rerouting to the target square and guess the color (e.g., moving diagonally). Then I would tell them, what if the board was much larger, not 8 by 8, but 100 by 100? Surely, it would take a long time to find the color of a random square with these path-finding methods and assuming we don't make mistakes along the way. What if there was a mathematical rule that would associate the coordinates of a square to its color?

As soon as I would say it and also substitute the file letters a-to-h with numbers 1-to-8 (like rows), they would discuss in small groups and within minutes hands would be raised! They've got it: if the sum of the coordinates of a square is an even number the square is dark, if the sum is odd the square is light. Suddenly, they discover on their own the power of mathematically modelling a problem: their predictions are no longer bound by how far they can visualize or how deep a sequence can be memorized.

Admittedly, this is a rather open question meaning that all proposals are welcome, whether they be games/puzzles you've used or seen used before, your own personal ideas for designing a new game, or simply examples you've read about before which may be fitting here. The latter brings me to the next question:

A game on the board

It's a bit like yours, but the teacher is the Divisor Miser or the Tax Collector. It is possible for the students to win, if they strategize well.

In a comment I mentioned discovering Euler's Formula using polydrons, which requires quite a collection of polydrons.

However, Euler's Formula holds for planar graphs (the $1$-skeleton of a polyhedron is a planar graph). So you could discover it with paper and pencil, or better, on a blackboard, drawing a random planar graph and counting. Needs introduction to explain what is a connected, simple, planar graph; what is a vertex, an edge, a face. One tricky part is to make sure to count the outer face. Once $V-E+F=2$ is established, you can show a few polyhedra, and connect the $1$-skeleton of the polyhedron with the corresponding planar graph. 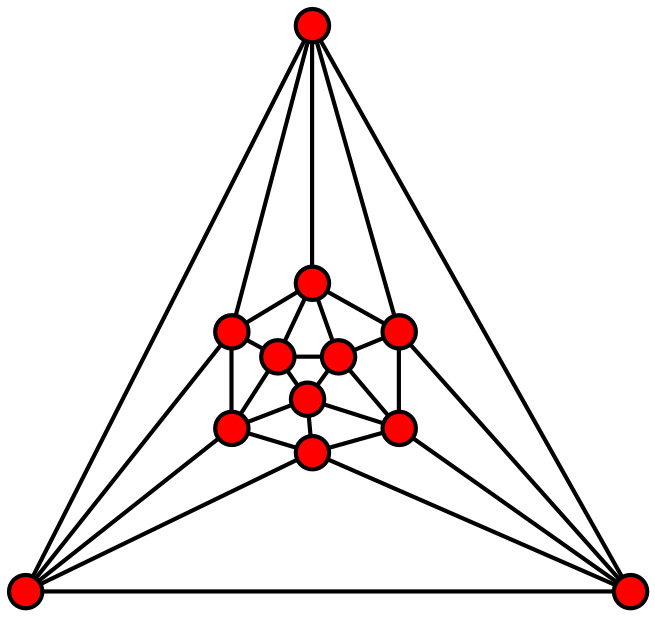 Then once they know what is a planar graph, you'd have an excuse to mention the $4$-color theorem :-).

Tatham's Puzzles, such as Loopy (Cairo) and Tracks, both of which are endless sources of puzzles where pigeonhole principle and parity are very useful tools for solving them. Tatham's version of Minesweeper is also guaranteed to be solvable with pure logical deduction (i.e. no guessing), but Loopy and Tracks encourage a much wider variety of combinatorial deductions. 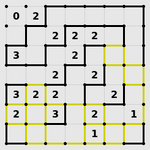 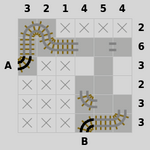 Cosmic Express, which some people solve by just trying randomly, but which can be solved quite systematically if you are sufficiently good at logic and abstraction.

Manufactoria, which was originally a free Flash game with an incredibly steep rise in difficulty (most people cannot complete the hardest levels), but apparently has a gentler version released in 2022.

Robozzle, which is a more restricted type of programming puzzle than Manufactoria, but has simpler puzzles. The "Campaign" should be a good place to start.

8
Are there any video games/app to teach children at age 3-4-5?
3
How can I demonstrate triangulations of surfaces with real hands-on objects?

10
Examples of Good Mathematical Games for a Mathematical Olympic
10
A basic game to make arguments about
7
High school level activities to decrease reliance on calculators?
2
Free, open-source, customizable, interactive math books with gaming elements
8
Targeted group game for 8 or 9 players
4
Teaching math by serving it as games with rules first, not intuition?
5
Appealing thinking games, that are easy to make; easy to learn, and easy to play
13
Middle school math games for the parking lot
5
Importance of standardization of definitions of mathematical terms