Fractal Generation Project: How to Continue?

Three months ago, we defined a programming project for some gifted middle school students: Writing code to generate simple fractals.

Two of them have finished writing Pascal programs already! The programs generate fractals using L-Systems, and do virtually everything can be done here. We didn't think that just three month would be enough for them to finish this part of the project!

My question: How can they continue their fractal generation project? What can be their next destination?

Please keep in mind that they're 8th grade students, so know nothing about complex numbers, and their exposed to algebra just a year ago.

(I posted this question in Math.SE. but got no answer.)

You might extend the rules so the "turtle" moves in 3 dimensions. It is not much more difficult, but the results can be stunning. (You will need software to display 3D graphics.) 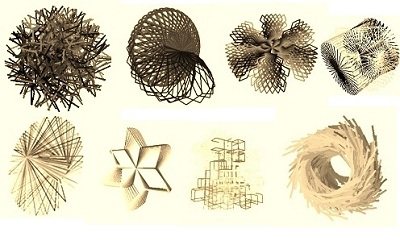 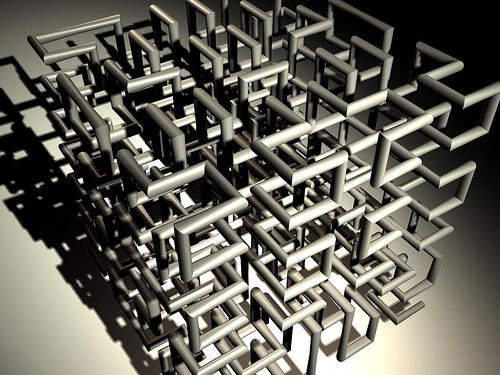 If you want the project to be a mathematics project rather than only a programming project, then the next stage would be to do a proper maths investigation, since now they have a tool they can use to investigate the connection between the rules of their L-system and the resulting fractals.

Get them to try changing the parameters in various ways and see what happens to the resulting fractal, then record this information in a systematic way. For example, they could keep the same rule and change the angle, then record any features of the fractal they notice that change as the angle changes, and what stays the same.

I would get them to choose one of the things they found that was interesting and create a presentation about it. Perhaps they could video themselves doing the presentation so this too is a product they can be proud of.

Another option is for them to create a "guess my rule" competition, where they create fractals for each other and they have to figure out what rules created them. This would motivate them to try lots of different things to get a fractal worth entering into the competition for others, and it should also motivate them to investigate what features of a fractal correspond to what features of the rules of the L-system in order to guess others' rules.

Again I would get them to do a presentation describing their investigation process and how they made the final decision of the rule -- a bit like a crime scene investigation.

Not the answer you're looking for? Browse other questions tagged secondary-education gifted-students fractals or ask your own question.

18
How to nurture a good student?
10
How does an advisor effectively motivate progress on an independent project?
17
How to deal with fast students without neglecting weaker ones
10
Project/Assessment based on Flatland for Secondary Geometry Class
9
Student Project about Prime Numbers: How to Continue?
5
Honors project idea for linear algebra
17
How can I teach Mathematics to genius students?
10
How to deal with a talented 11-year-old pupil?
1
Project Based Learning (PBL) ideas for secondary math topics
6
Ideas for a 2 weeks project focused in polynomial functions