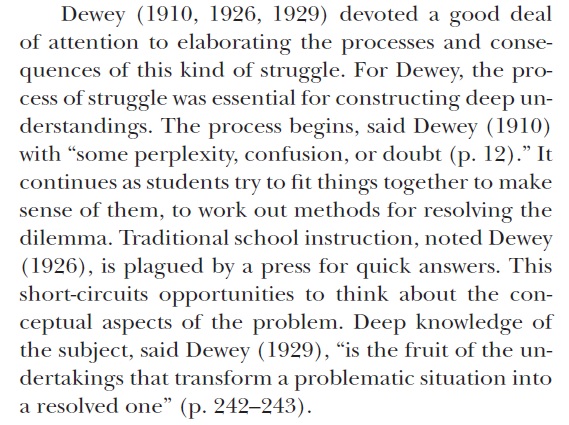 15
What can be done to instill good habits in students?
18
How much time to spend on a single question?
6
Explaining there's an infinite amount of irrationals to differential calculus freshmen

72
Whence the "everything is linear" phenomenon, and what can we do about it?
13
What research is there on the effectiveness of multiple choice questions for summative assessment?
19
Is algebra really the gatekeeper to higher math, or is it multiplicative reasoning?
12
Effectiveness of proofs in secondary education
12
request for evidence about class perspectives in math word problems
4
Research on the effects of simulation and interactive visualization
12
What does the research say about direct instruction vs. student centered approaches
3
Mathematics Research at Secondary Level (High school Level)