How can I improve my concept map?

I've decided to create a concept map of a chapter I covered in a textbook, it's about basic set notation. What I want is suggestions on how to improve the presentation of the map. It seems quite convoluted at the moment, and I feel to anyone apart from me it may be unreadable. I think it may be improved if I addressed the following:

Any other suggestions are welcome, thank you. 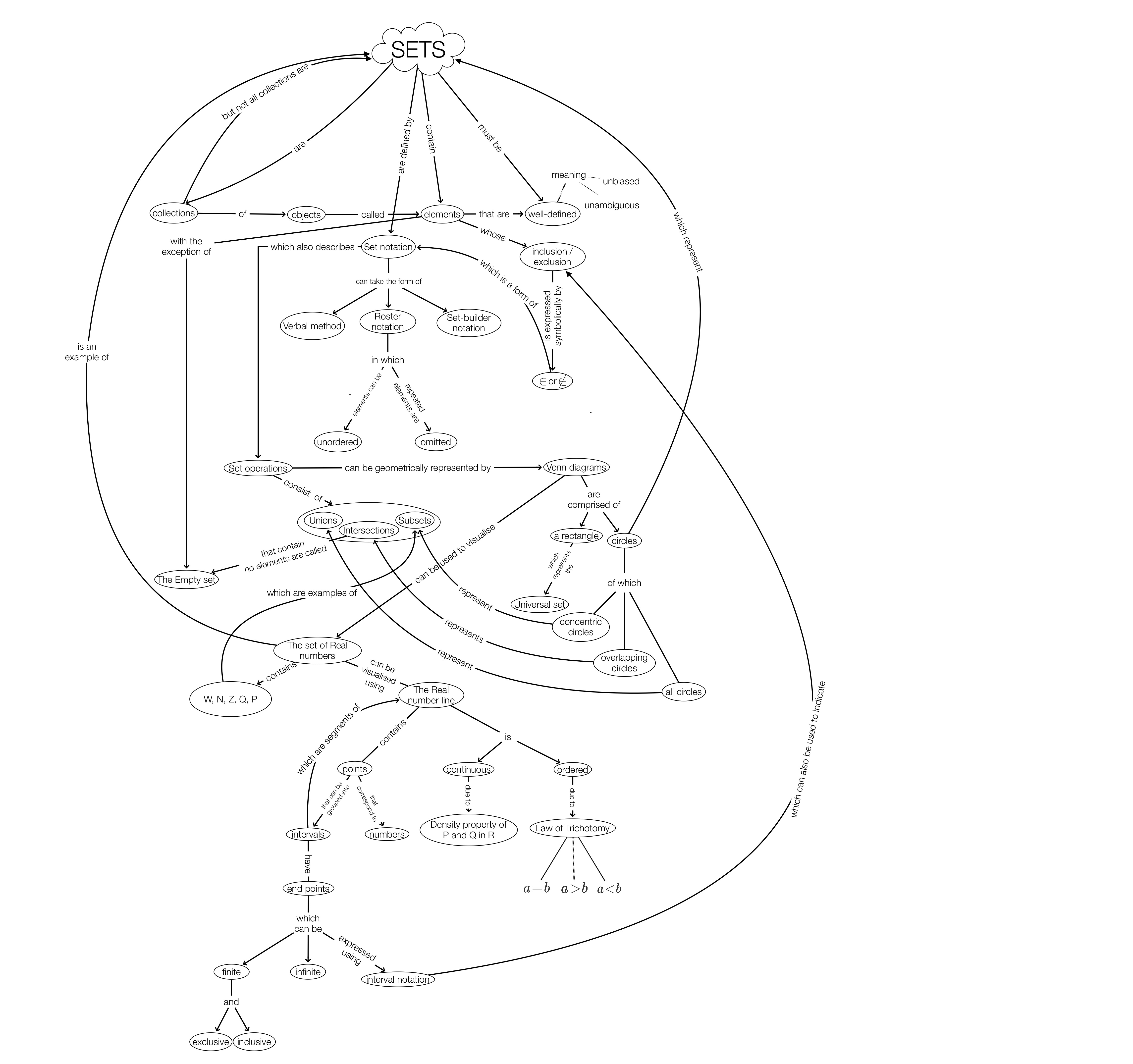 EDIT: You need to zoom in with your browser to see the concept map properly, as SE automatically scales it down. If you zoom in the writing will be legible without a problem.

Alternatively, you can view the image directly here.

I found this to be a highly readable concept map. The major problem I see is that it clearly has two main concepts: Sets and The set of Real Numbers. Each one of the concepts has an extensive tree of sub-concepts built from it. Additionally, there are only three connections between these two trees and these are all weaker connections: "can be used...", "is an example of". You could improve this concept map by breaking it into two maps, one for each core concept. (I suspect you combined these because they were combined in the textbook. Realizing that these concepts which are co-taught are only marginally connected is one valuable thing that can come out of making a concept map.)

To address your questions about concept maps in general:

Going from general to specific concepts is a good idea. However, given the highly connected nature of mathematical ideas, you will have lateral connections. Being able to represent lateral connections is advantage that concept maps have over outlines. When possible, arranging your concept map so that the lateral connections are short and don't cross is desirable. Putting the main concept in the center of the page (Radial hierarchy) can help with this.

For reflecting on a concept map, seeing the entire map at once is helpful. Include as much detail as you can while keeping the map to one page or screen.

Not the answer you're looking for? Browse other questions tagged mathematical-pedagogy self-learning intuition aids concept-maps or ask your own question.