How do I become a Scarer?

Racism is not an easy subject to talk about so let me to explain my question by a more soft example.

This question originally belongs to Michael Wazowski an undergraduate student of the Monsters University (MU). He want to become a Scarer. Scarers are heroes of monsters world. They belong to elite floor of the society and provide the energy of monsters world by going to humans world and scaring human children.

In order to reach his purpose Mike works hard and goes to the Scaring Department of Monsters University. In the university he continues his studies very well and becomes one of the most informed Scaring Theory students of the Scaring Department. But Scaring Department dean Prof. Hardscrabble who is a famous great scarer believes that "scariness is the true measure of a monster. So if you are not scary what kind of a monster are you?" Based on this philosophy she wants to "make great students greater, not make mediocre students less mediocre." and this mediocre students have no place in her Scaring Program. In her philosophy a part of being a great student is the student's scary body and face. Unfortunately she believes that Mike has not a scary face and so he never can be a good scarer even if he work on scaring theory for years. Thus dean Hardscrabble simply removes Mike from her scaring program.

Now back to mathematics. Unfortunately one can find some math professors in some math departments all around the world who believe that having an inborn special ability is absolutely necessary for becoming a good mathematician and one's voluntary efforts cannot help him/her too much in this direction and efforts just can make a "potentially" good math student better and cannot help students who haven't this mathematical "potential" at all.

I don't want to discuss on truth or falsity of this point of view. Also I don't want to categorize this philosophy as a kind of racism but the fact is that such a view harms some groups of math students including women, blacks, etc. because these math professors are not interested in wasting their time on them and notice to their efforts. They prefer to find their inborn great students and help them to become greater. Here I want to ask my main question.

Question. How can we prevent harming the scientific career of these groups of math students? Precisely if you are a math student/faculty/dean in a mathematics department and one of your professors is a "Hardscrabble" what kind of solutions do you suggest for changing his/her philosophy or at least decreasing the impacts of his/her personal point of view on "Wazowski"s of your department? 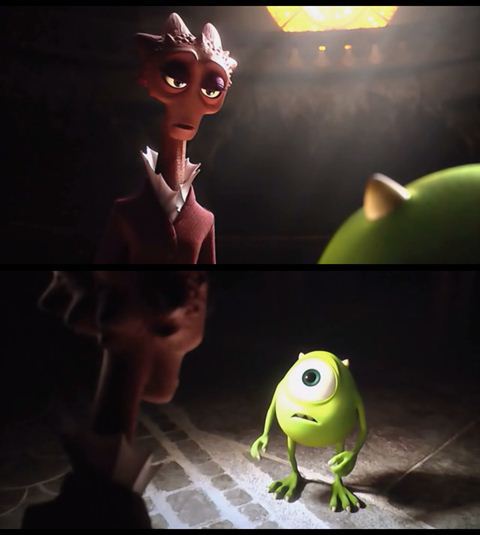 I do not think you can change the opinions of professors who hold these views. All you can do is be a human: interact with undergrads, and let them know that you do not think inherent ability is needed to do good mathematics, that it is mostly about hard work and perseverance, that mathematics needs all kinds of people (great expositors, people writing software that assists mathematics, highly visual thinkers, highly non-visual thinkers, etc...). Tell them to read Terry Tao's article about genius in mathematics. Just do all you can do to make people feel okay loving math! The more people who do this, the more likely that the culture will change in the long run. This is a battle for a cultural shift, and those take time.

14
Splitting the students by abilities
15
Confirmation bias in math education
36
How to convey the meaning of "mathematical maturity"?
7
How can we prevent students who are "doing okay" from slipping?
6
How to propose subjects for bachelor's theses?
17
How to help students bridge the gap between highschool and university mathematics?
5
Are there advantages to make students handwrite (instead of LaTeX typing) what they say in an oral exam?