I have been reading this site for a while, and was glad to find an entire tag devoted to "concept motivation," which is currently my area of interest.

However, my particular focus has not been addressed. Skimming through standard textbooks used in today's high school and (early) undergraduate coursework, I get the sense that there is a fundamental problem with motivation:

Problem: the "motivations" often feel contrived and somewhat artificial - e.g., a standard multivariate calculus text explains that the chain rule still works for general functions $f:\mathbb{R}^m\to\mathbb{R}^n$, as long as matrix multiplication procedures are obeyed; this, the text enthusiastically declares, is why matrix multiplication is defined as it is!

For a long time I believed that the solution, as an educator, was to strive for better understanding of the material, so that concepts would lose their artificial "school feel" and take on more of a "someone-in-the-real-world-actually-came-up-with-this feel". But I am now convinced that I was wrong, and that taking a historical approach is in fact the right way to go (edit: I am not saying that comprehension is bad, just that it cannot explain the real "why" behind ideas). I have learned a surprising amount about concepts in mathematics, simply by researching why the came about, how they were discovered, what they were originally used for, etc. Hence the question:

Question: What research is there regarding the effectiveness of incorporating historical perspective (in the sense of mathematical context, not names and dates) into the motivation of concepts?

I would also be interested in any textbooks which may have been written from such perspectives. Histories of maths, obviously, are not relevant, as they are focused entirely on history and less on attempting to explain or illuminate concepts. I am more looking for a text which develops a subject in modern notation, terminology and rigour, while doing so as the subject came about historically - e.g., such a calculus text would not start with limits, which came last, but would rather start with the original problems considered by early practitioners.

I apologize for the somewhat verbose query; please comment if anything could be clarified!

I'm going to point you in the direction of Realistic Mathematics Education (RME). My reason for doing so is this: you're clear that the important part of your question is the mathematical context and motivation that arise from the types of problems people faced historically when mathematics was developed (to solve those problems). You already recognize that this idea of incorporating history into mathematics can be interpreted broadly. So the question (to me)becomes, how have people envisioned something similar to what you are suggesting, which may be useful to you as a starting point to narrow your exploration? I would also say that there is the possibly to introduce you to the mathematics education research concepts (theory) that have led people to learning approaches similar to what you describe.

In the case of RME, researchers were not motivated by the idea that history provided a sensible (to experts) structure of the content. In fact, Tall (referenced in the Gravemaijer and Doorman (1999) article I provide below) specifically warns against the expert tendency to structure based on pre-existing understanding. Your reference to limit makes me think you may already be familiar with Tall's argument, because this is precisely the example he uses to characterize some pitfalls of a traditional approach to calculus.

Instead of expert sense-making, researchers here are motivated by what will be allow students to pursue their own sense-making, and in the process make this mathematics real to them. It does not necessarily mean real-world situations, but rather an approach that is realistically (from a student perspective) motivated. To that end, Gravemeijer and Doorman (1999) don't actually describe their approach as being motivated by the inclusion of history. Instead, they look for elements of history that they find relevant to instructional design. For example:

Looking at the history of calculus from a modeling perspective, we see a development of calculus that starts with modeling problems about velocity and distance. Initially these problems are tackled with discrete approxima- tions, inscribed by discrete graphs. Later, similar graphs - initially discrete and later continuous - form the basis for more formal calculus. From a modeling perspective, we could say that graphs of discrete functions come to the fore as models of situations, in which velocity and distance vary, while these graphs later develop into models for formal mathematical reasoning about calculus. (p. 122)

They go on to discuss the possibility of structuring student activities based on an approach that includes student modelling activity. later posing problems for investigation within the narrative of Galileo's work. But the focus is how participation in the modelling activities gives students mathematizing opportunities. In the RME approach, this mathematizing is the organization of subject matter (whether it be real world information, or previously understood mathematical objects and processes) into new mathematical objects (A central RME idea of Freudenthal's (1971)).

As Gravemeijer and Doorman (1999) point out, the intended outcome is reification of the important understandings that underlie the content. For more details about Freudenthal's RME ideas, you could look at the China lectures (Freudenthal, 1991) in which he looked back on RME and the mathematics education research work of the Freudenthal Institute.

The Gravemeijer and Doorman paper is well-referenced, and you may find a lot further detail and research on the effect of this approach within the list of studies that reference it (via. Google Scholar).

One source you might look to is the following Master's thesis:

In particular, see the literature review (and its references) beginning on page six. It begins: 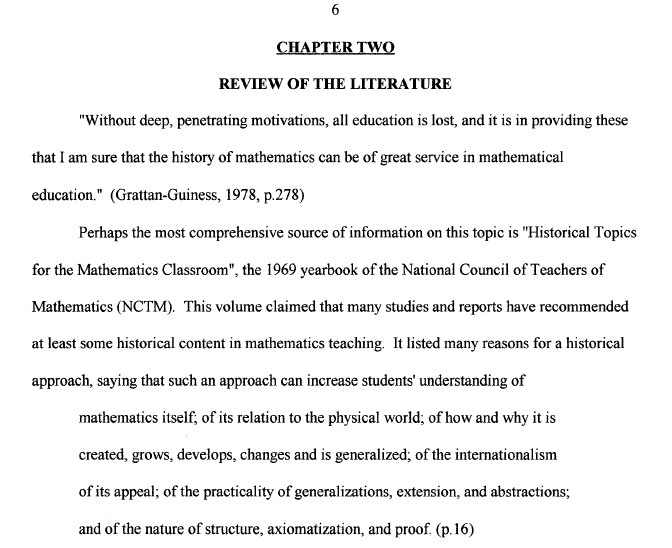 I am not recommending the actual thesis, which I have not read, but there is lots in the second chapter that could be of interest if you track down the cited works.

Edit: You can find a copy uploaded here. (For more on Linking to research see here.)

While I agree that the "school feel" you mention is a definite turn-off (or should be) for any thinking being, the historical development is in many cases very confusing in itself. Consider the development of calculus (as e.g. Dunham's "The Calculus Gallery: Masterpieces from Newton to Lebesgue" (Princeton University Press, 2008) masterfully shows it), includes Leibnitz' tortuous derivation and use of integration by parts. For us today it is a trite result of the rule for differentiating a product. Archimedes' genius was required to derive results that today are simple exercises for calculus beginners, using wildly different methods. Groups where originally conceived only as sets of permutations of objects. I'm sure there are lots of other examples of very illogical historic development, superseeded by better/cleaner/simpler techniques.

Sadly for true historians, I believe that in math (and other sciences) it is best to come up with some cleaned up development of the concepts. It is still very true that tracing back to the problems solved, and their importance, is required. Tracing the methods used, I'm not so sure.

I guess you will be interested in the book Analysis by Its History by Ernst Hairer and Gerhard Wanner which does exactly what you are looking for.

26
Would taking 5 minutes to explain the history behind a mathematical idea help stimulate learning the idea?

18
Motivating the study of matrices
10
How to differentiate between mathematical skills and understanding of mathematical concepts?
9
Teaching and motivating the use of Eigenvectors
10
Lesson-planning: Teaching probability concepts via geometry
14
How early to start "abstract" math education, or, How to prevent smart kids from never getting exposed to math?
19
Why do we still teach the determinant formula for cross product? And is it as bad as I think it is?