Styles of visualization in geometry

Some people talk about visual thinkers and non-visual thinkers, but I am interested in a contrast within styles of visual thinking. There are people who readily visualize complicated flow charts and other diagrammatic graphics for information, but do not readily picture, say, a Möbius strip or an octahedron (let alone 4 dimensional objects).

I get this from the history of mathematics where some great examples (Richard Dedekind, Emmy Noether, Alexander Grothendieck) at first seem to be non-visual thinkers. They would seem to be algebra people rather than geometry people in terms of this question: Evidence for or against the claim that some students are "algebra people" and others are "geometry people" Yet each made great, explicit, deliberate contributions to geometry.

So I wonder if they are better described as visual in a different way than spatial visualization. Certainly Grothendieck made vast use of diagrams which are not really spatial diagrams (albeit they can be drawn on a blackboard). They are diagrams of conceptual relations.

Mathematics educators may know a lot more about this than I do, so I will not try to be more precise, unless people ask for that in comments.

My question is: where can I go to learn more about this distinction between different visual thinking/learning styles?

It seems the Stanford Encyclopedia of Philosophy has a useful article that at least tangentially addresses your interesting question:

"Can visual thinking lead to discovery of an idea for a proof in more advanced contexts? Yes. Carter (2010) gives an example from free probability theory. [...] Reflection on a diagram such as Figure 9 does the work." 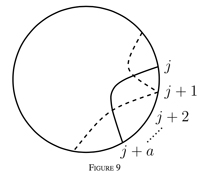 Also, visual thinking accompanying a proof may deepen our understanding of the proof, giving us an awareness of the direction of the proof so that, as Hermann Weyl put it,1 we are not forced to traverse the steps blindly, link by link, feeling our way by touch.

You might find the essay by Marjorie Senechal, "Visualization and visual thinking." Geometry's Future (1991): 15-21, published by the Consortium for Mathematics (COMAP), of interest. In particular she addresses the distinction between "visual thinking" and "visualization." (You can also find articles that cite this work by searching on "Google Scholar"; currently $24$ articles cite it.)

Not the answer you're looking for? Browse other questions tagged reference-request visual-proof or ask your own question.

10
Lesson-planning: Teaching probability concepts via geometry
7
The role of visualization and intuition in graduate and postgraduate math and developing it
8
Educational styles for writing proofs
18
Evidence for or against the claim that some students are "algebra people" and others are "geometry people"
4
Research on the effects of simulation and interactive visualization
2
GRE Geometry Reference Request?
10
Recommend a vector calculus textbook/resource with an algebraic geometry flavor