How to teach multiplication between integers for the first time

Some teachers teach multiplication between integers with the following rules:

plus with plus gives plus

plus with minus gives minus

So for example in order to deal with the multiplication $2\cdot(-3)=-6$, they uses the second rule above.

I've never liked this approach, for me it's like a memorization which the students don't know the really meaning of this multiplication.

So my question is how to teach students about multiplication between integers for the first time?

My preferred model of multiplication with integers involves motion.

Now it should be clear that a negative times a negative is a positive: a car driving backward, watched in reverse, will appear to be going forward. All of the other multiplication rules for integers also make sense in this context.

Perhaps using this approach, you can get the students to create the rules themselves without you telling them, and that way they will more likely be able to recall those rules since they "invented" the rule themselves instead of it being something they were told to memorize.

There are two useful practical situations where the interaction of signs appears. I recall using the temperature analogy when in school.

Zero degrees (Celsius) is the temperature where water freezes. Around where I used to live, winter temperatures were often much colder than that. This approach is physically suspect, though.

Both money and temperature and familiar concepts to school children and can be used to illustrate the double negative.

The best way to teach multiplication of integers is to use two sided counters. This is clearly explained in this YouTube Video I call this the best way because it gives a clear conceptual picture of what's going on.

Here are some clips from the video with my comments. Integers are represented by the yellow side for positive, the red side for negative and equal numbers of red and yellow for zero. 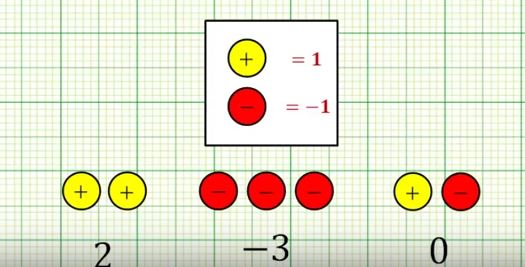 When multiplying a positive times a negative such as 4 times -2, start with zero and add 4 sets of -2. 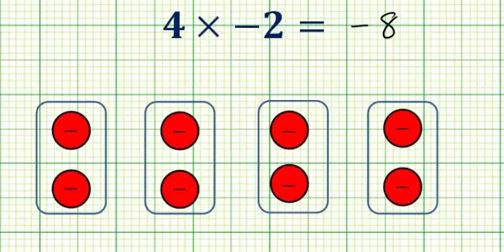 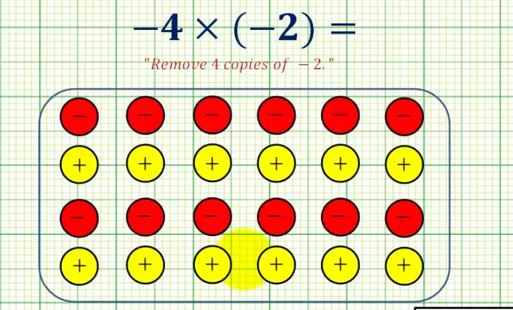 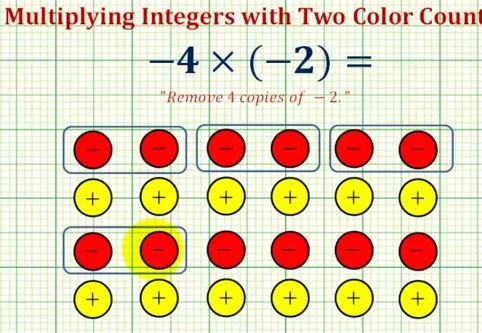 We then take the four sets away. 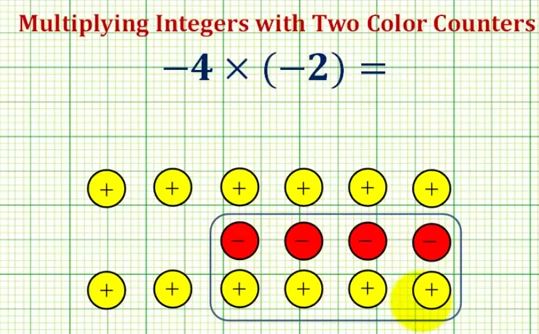 We can count what's left or remove the extra zero pairs and then count. Either way -4 times -2 leave +8. 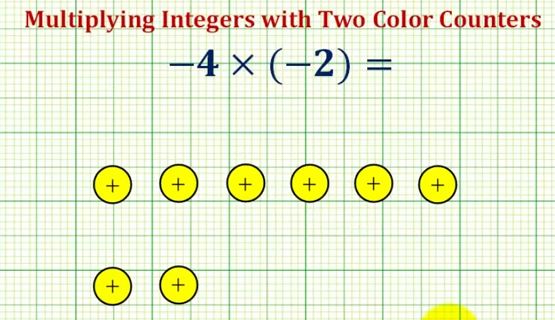 The video continues with additional examples including -4 times 2 in which you take 4 copies of 2 away and leave -8.

Acting this out helps make sense of the rules in the beginning of your question and students will soon discover the rules and be able to use the rules without the chips.

Many of these rules are the way they are for the sake of consistency. When negative numbers were created (or discovered, if you like), we had to work out the rules such that multiplication would still be consistent with arithmetic, otherwise it would lead to contradictions.

While intuitive analogies have their place in teaching, and certainly modeling and applications as well, the only way I see it to get past the memorization stage in learning new topics in mathematics, is to know enough of the connected pieces such that the rule makes sense as it is, for the sake of consistency. Obviously, in the beginning, that isn't possible because the student is learning, so naturally, the students must rely on memorization until more of that connected web builds.

Unfortunately, memorization gets a bad rap, but it is a natural part of the process early on. You want to pay attention to the progression of sophistication in your students' thought and see that they progress from the rote stages to the knowing stages.

One way uses a number line.

Taking a concrete geometrical point of view, short joinable rods made of straws could be used.
A number of rods each of length 1, 2, 3, ... can be made and the following done on a flat page.

This would useful later if introducing complex numbers.

By this stage they should be familiar with angles and multiplying pairs of now abstract numbers where there is no difference in type between the first and second number (which doesn't have to represent a quantity from physics like a rod of length 3cm). Studying examples like above, they may see that multiplying pairs of numbers means summing their angles and scaling their lengths.

It is then quite a puzzle to see where a unit length must be placed from the origin, so that when multiplying it by itself (two equal rotations), it ends up as -1. The number which satisfies this no longer lies on the number line but, is somewhat between -1 and 1 in resemblance, and is called i.

Not the answer you're looking for? Browse other questions tagged arithmetic-operations or ask your own question.

16
How do I help a 6-year-old understand the meaning of her sums
10
What is the pedagogical justification and history for using mnemonics to teach order of operations?
15
Learning operator priorities by drawing trees
2
How to use these actions words for subtraction?
0
How to present the order of factors and summands for the usual multiplication procedure
3
Why in the FOIL Method the terms are taken with their signs?
1
Workbooks for advanced high school math topics
3
How to naturally encounter the properties of identity, commutativity, associativity, and distributivity (to define rings)?
59
Is there a virtue to learning how to compute by hand?
7
How to convince a high school student that the $=$ symbol denotes identity?